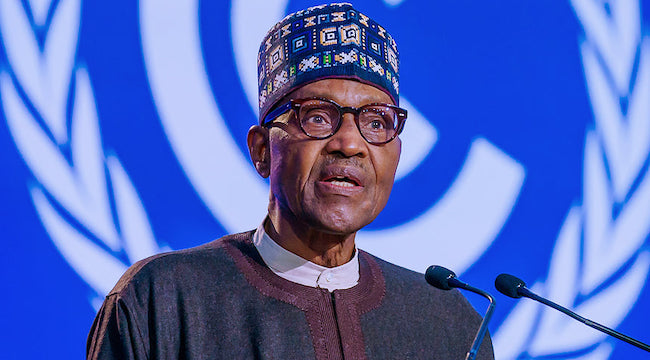 The President said this on Tuesday at the launching of the National Policy on 5G for Nigeria’s Digital Economy.

A statement signed by the Special Adviser to the President on Media and Publicity, Femi Adesina, said the Federal Government would take full advantage of the opportunities inherent in the 5G network in boosting security as well as the economy and well-being of the nation.

According to the statement, Buhari had directed all the security institutions to immediately leverage 5G technology to tackle insecurity in the country.

Buhari allayed fears over health safety of 5G, affirming that such issues have been ”effectively addressed” in developing a policy that suits the country.

The National Policy on 5G had been approved at the Federal Executive Council meeting on September 8, 2021, following a robust debate.

On the benefits of 5G technologies, the President noted it can support virtually every sector of the economy, including enhanced connectivity, improved healthcare, support for education while fostering smart cities, and boosting agriculture, among other advantages.

Buhari was quoted in the statement saying, “5G technology is significantly faster than earlier digital technologies and it provides near real-time communication. This can play a key role in boosting our efforts towards enhancing security across the nation.

“It will enable our security institutions to effectively deploy robotics, autonomous vehicles, augmented and virtual reality to address any security challenges that we face.”

The President also explained that the National 5G Policy includes a deployment plan to ensure that major cities across the country benefit from the technologies.

“He added that the policy, which is in line with the commitment of this administration to supporting the digital economy as an enabler for the diversification of our national economy, also seeks to make 5G a major driver of the economy, a catalyst for smart cities in the country and a platform for the creation of jobs that support digital economy.

“He, therefore, assured investors that the Federal Government would continue to provide an enabling environment for their businesses to be very successful as Nigeria begins the roll-out of the technology.

“President Buhari directed the Minister of Communications and Digital Economy, Isa Pantami, to supervise the implementation of the Policy, being done by the Nigerian Communications Commission with the support of other government institutions.

“The President also used the occasion to provide a rundown of how his administration has created an enabling environment for investments to thrive in Nigeria’s digital economy.

“He noted that under his watch the agreement of the National Economic Council to peg the cost of the Right of Way at N145 per linear metre which was made in 2013, was only implemented in late 2019, after the intervention of the Federal Government,” Adesina’s statement reads further.

For 11th year in a row, Dangote is Africa’s richest man