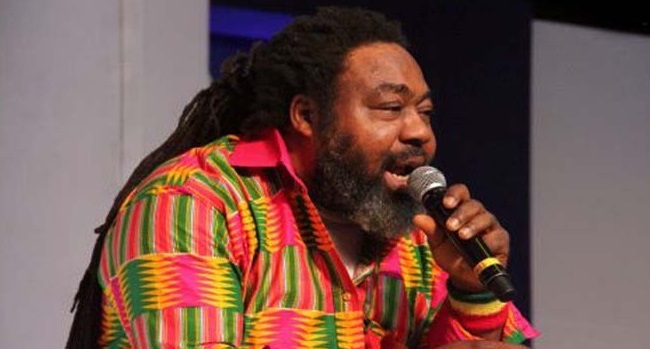 Hours after he reportedly slumped while making preparations to travel to the US, reggae icon Ras Kimono has given up the ghost at a hospital in Ikoyi.

Reports say Kimono was rushed to a hospital in Ikeja from where he was transferred to Lagoon Hospital in Ikoyi where he died.

The demise of the ‘ Rhumba Style’ crooner was confirmed by Mr. Pretty Okafor, the factional President of the Performing Musicians Association of Nigeria (PMAN) who said he was shocked when he heard the news.

Similarly, Tony Okoroji, the factional Chairman of the Copyright Society of Nigeria (COSON) said he is sad at the demise of the veteran musician especially after he had visited the legendary musician in the hospital.

The dreaded reggae exponent rose to national stardom after he released his debut hit album ‘Under Pressure’ in the late 80’s.

His maiden collection which was released under the imprint of Premier Music label had hits like ‘Under pressure’, ‘Rasta Get Jail’, ‘Rhumba style’ and many more enticing songs.

Listed below are six things you may not know about the late music icon who died at the age of 60.

1. Ras Kimono was born and christened Austine Oseloke Onwubuya, in Delta State, Nigeria, where he honed his musical skills.

2. He started out his career, firstly as a student of Gbenoba Secondary School Agbor and later as a member of the Jastix Reggae Ital, alongside Majek Fashek, Amos McRoy Jegg and Black Rice Osagie.

3. Kimono served a long apprenticeship on the Nigerian music circuit, experimenting with a number of styles, before making his late 1980s breakthrough as a reggae singer.

4. His strongly polemical lyrics produced album sales of over 100,000 copies, and a fervent following for his advocacy of social change.

5. Most controversially, he was not averse to naming directly those in power he saw as synonymous with backdoor imperialism.

6. Together with his Massive Dread Reggae Band. Kimono released his debut album, Under Pressure in 1989.