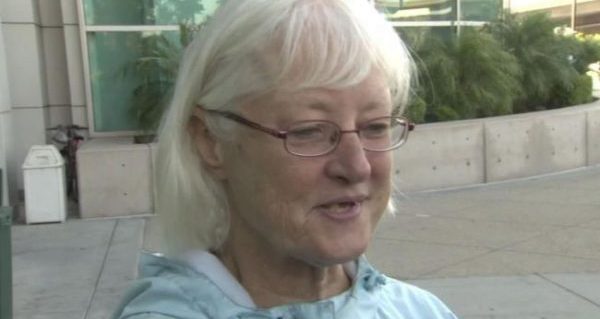 A serial female stowaway identified as Marilyn Hartman, 60, was arrested by security operatives at O’Hare Airport in Chicago, USA for trespassing airport premises despite being ordered to stay away.

Reports say she was spotted in an unauthorized area by an airport employee who questioned her and ordered her to leave but the sexagenarian refused and made a run for it but was caught in the end.

The woman who has a history of hopping aboard airplanes without paying was detained an later paraded in court where she was charged for criminal trespassing and violating conditions of her bond — terms that were set by a judge only days before.

Hartman remained in custody after the presiding judge set bail at $50,000 and cited her for violating her original bail.

She’s due back in court on Thursday, according to the Cook County State Attorney’s Office.
It was the second time in three days that Hartman was accused of committing a crime at the airport.