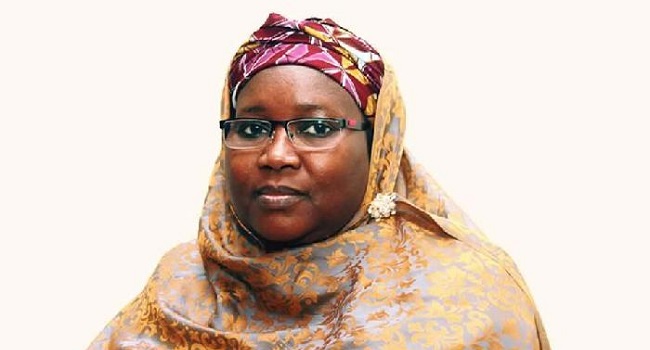 At least 61 political parties have demanded the redeployment of Amina Zakari, a national commissioner at INEC, from the 2019 election collation centre committee which she heads.

They asked that she be replaced with Okechukwu Ibeanu, a federal commissioner in charge of operations, “to ensure credibility and balancing”.

Ikenga Ugochinyere, publicity secretary of the inter-party advisory council, said in a statement that the 61 parties made their position known in a petition submitted to INEC on Friday.

“Parties threaten to pass vote of no confidence on INEC chairman if he goes ahead to release the contentious guideline on Monday without further consultation with Political Parties Chairmen,” the statement read.

They also kicked against the draft released by the Independent National Electoral Commission (INEC) on election guidelines.

According to Ugochinyere, the parties disagreed with INEC on eight clauses which they said “will ruin the 2019 elections”.

Among the clauses is the simultaneous accreditation and voting processes which INEC introduced for the elections.

“Political parties demand retention of 2011 and 2015 separate accreditation time and separate voting time to help forstall rigging with the presence of voters at the polling unit instead of INEC 2019 simultaneous accreditation and voting,” he said.

“Political parties demand announcement of accreditation figures by 12 noon on election day and recorded in a signed form and given to party agents before voting starts to forestall doctoring of election figures during collation.”

The statement added that the parties demanded end of PVC collection 10 days to election and the disclosure of the total number of PVCs collected based on various polling units.

“Political parties reject the clauses in the guideline which allows unduly accredited voters to vote especially the clause that allows voters with PVC whose name is not in the register of voters to vote,” it further read.

CUPP TO BUHARI: Step down as APC presidential candidate for Tinubu