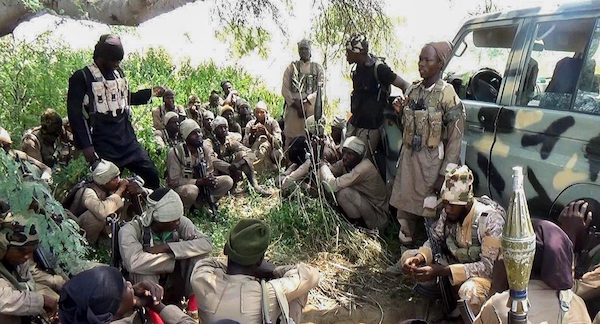 No fewer than 65 persons were killed in an attack this weekend by Boko Haram terrorists during a funeral in Maiduguri, Borno State.

The insurgents reportedly attacked the mourners on their way from a funeral in Nganzai district near Maiduguri, the state capital.

An initial death toll of 23 was recorded; however, dozens more bodies were discovered.

A local government chairman, Muhammed Bulama, confirmed the casualties, saying that “It is 65 people dead and 10 injured,” said.

According to him, more than 20 people died in the initial attack while others were killed as they tried to chase after the jihadists.

The leader of a local anti-Boko Haram militia confirmed the death toll, while giving a slightly different account of the attack.

Bunu Bukar Mustapha told newsmen that 23 people were killed as they returned from the funeral and “the remaining 42 were killed when they pursued the terrorists”.

Bulama said he believes the recent attack was in retaliation for the killing two weeks ago of 11 Boko Haram fighters by local residents when the jihadists approached their village.

He said: “Two weeks ago, Boko Haram insurgents attacked Badu village but the attack was repelled by the villagers and members of the vigilante group.”

He said in the first attack, the villagers were able to resist the attackers, kill 11 insurgents and recover 10 AK-47 rifles in the encounter.

He lamented that: “On Saturday at about 11:40 am, the insurgents came on a reprisal mission, attacking mourners at a grave yard in the area, killing over 60 persons and injuring 11 others.”

He said the wounded were brought to the Specialist Hospital, Maiduguri, for treatment.

Meanwhile, Borno Governor, Prof. Babagana Umara, has reiterated his commitment to supporting security agencies to protect lives and property in the state.

The governor, who visited Gajiram, headquarters of Nganzai local government area of the state, to commiserate with the people over the murder of 60 villagers by Boko Haram insurgents, said the state government would not relent until permanent peace was restored to the state.

Umara while condemning the attack, called on the people to be vigilant and cooperate with security agencies in their communities.

He prayed for the repose of the souls of the deceased, and the families, the fortitude to bear the loss.

The governor also visited Specialist Hospital Maiduguri, and sympathised with persons who sustained injuries in the attack.