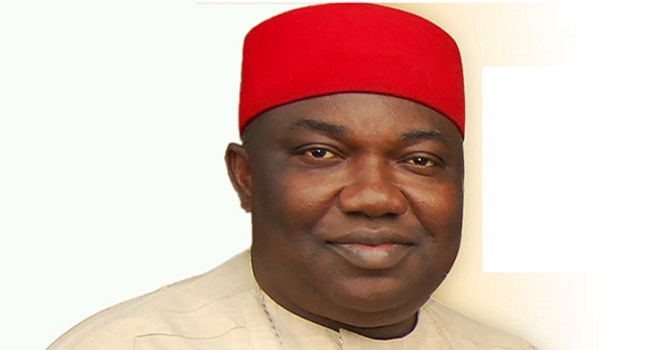 Coalition of 70 Registered Political Parties (CRPP) in Enugu has rated the Saturday March 9, governorship and state assembly elections in the state as the freest and fairest.

It said it was the best among other states of the federation where elections took place.

Consequently, they have congratulated winner of the election, incumbent Governor Ifeanyi Ugwuanyi of the Peoples Democratic Party (PDP).

They called on all contestants in the election to work with the governor to move the state to a higher level.

The coalition, which has 40 out of 42 political parties that participated in the governorship election in the state as member stated this during a press briefing in Enugu on Tuesday.

The coordinator, John Nwobodo, who spoke for the group said after examining the conduct of election in the state, they were convinced that the Independent National Electoral Commission, INEC, performed excellently.

“In addition to being free, fair and transparent, the election was peaceful and meets the threshold of international best practices of democratic elections. The coalition notes the peaceful political environment before, during and after the election was possible due to the peace and security architecture put in place by Governor Ugwuanyi.

“We most heartily congratulate Governor of Enugu state and Governor-elect, Ifeanyi Ugwuanyi for landslide victory at the polls, winning a well deserved second term in office. The result couldn’t have been otherwise given the excellent performance of His Excellency in the four years he has been on the saddle,” the coalition said.

PDP raises concerns over safety of Wike’s aides, others in Army, SARS custody