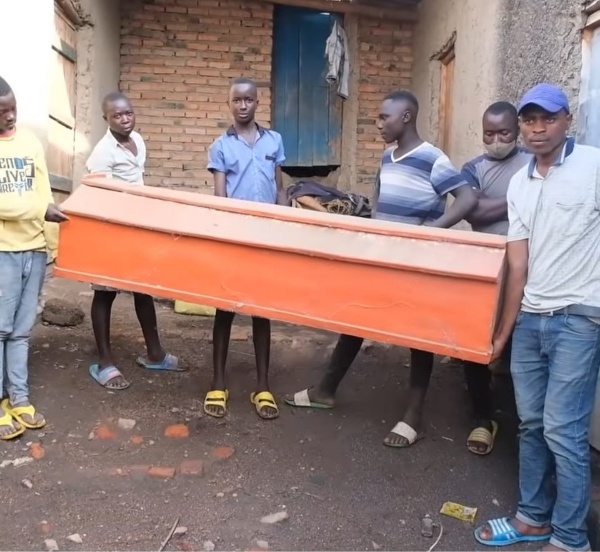 A 70-year-old Kenyan man identified as Leo has revealed that he is preparing for his own death.

The 70-year-old man who is married to nine women dug his own grave, bought a white garment and acquired a casket where he will be buried once he dies.

During a session interview with AfriMaxTV, Leo stated he had to take that shocking step because most people in his community were poor.

Speaking further, he mentioned that those in his community found it financially hard to bury people to organize a befitting funeral to honour the dead. He also stated that he didn’t want to be a burden to anyone.

He revealed he had gone ahead to buy his casket and enough drinks to entertain guests that would grace the burial ceremony.

Leo also noted that he has also paid for his pallbearers for the emerging occasion. He stated that he has been using his time to celebrate the remaining days he has on earth.

Related Topics:graveKenyan man
Up Next