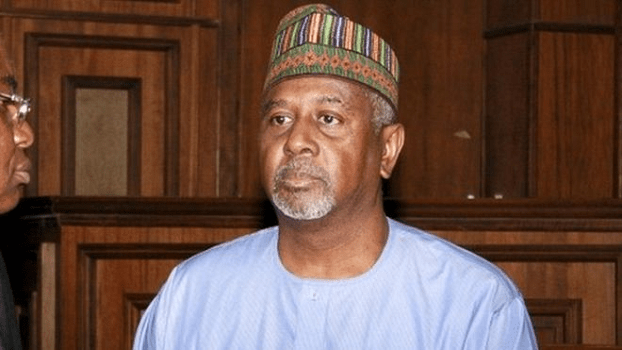 Dasuki is standing trial alongside a former Minister of State for Finance, Bashir Yuguda; a former Sokoto State governor, Attahiru Bafarawa, his son, Sagir and his company, Dalhatu Investment Limited on a 25- count charge of criminal breach of trust and misappropriation of public funds to the tune N19.4 billion.

Yusuf, who was led in evidence by EFCC counsel Rotimi Jacobs, alleged that sometime in November 2015, the Commission received a petition from the ONSA and signed by one A.A. Ibrahim, on the illegal allocation of funds.

According to him, the matter was assigned to a team set up by the EFCC Acting Chairman, Ibrahim Magu.

He also alleged that about N1.1 billion was paid into the account of Javvama Ada Global Investment Nigeria Limited.

The witness said the investigation by the team revealed that Sagir was the director of Dalhatu Investment Limited and he was invited for interrogation.

The witness said: “Sagir Bafarawa told EFCC that the money he received from the Office of the National Security Adviser was for prayer.

“Later he came with a booklet with a forwarding letter dated November 23, 2016, outlining how he expended the money.”

“Among those who received from the money were the All Progressives Congress (APC) House of Assembly candidate in the 2015 election in Kaduna State, Muhammed Soba and the Peoples Democratic Party (PDP) gubernatorial candidate in Sokoto State, Abdallah Wali.”