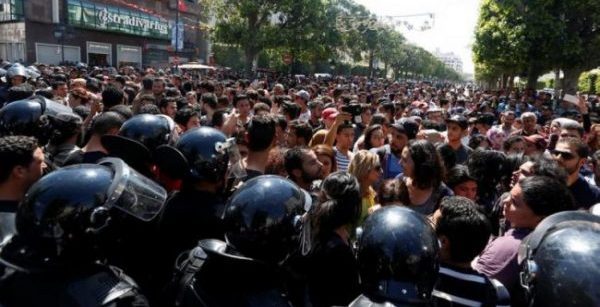 Security forces in Tunisia have arrested 8 more people including local opposition leaders over protests against price and tax rises that prompted troop deployment in major cities of the country.

The latest arrest brings the number of those detained to 778 as protests, some violent, flared across Tunisia with activists and opposition politicians appealing for fresh demonstrations in the capital, Tunis, on Friday and on Sunday.

“The protests have declined and there was no damage, but last night the police arrested 8 people involved in rioting in the past few days, bringing the total number of detainees to 778,” Interior Ministry spokesman Khelifa Chibani said. “Islamist extremists” were among those detained, he said.

The army deployed some 2,100 troops to different parts of the country after protesters torched government buildings, looted shops and blocked roads, after the government’s announcement of austerity measures in this year’s budget.

Reports say at least one person was killed in the western city of Tebourba on Monday and scores more injured as violence flared in some areas after government announced the austerity measures on January 1.