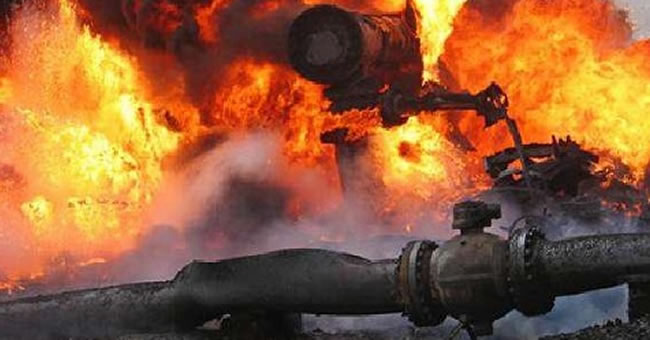 The Nigerian National Petroleum Corporation (NNPC) has said that over $800 million (N244.8 billion) had been lost to breaches in the Trans Forcados Pipeline this year.

The Trans Forcados Pipeline is one of Nigeria’s key export routes.

This was disclosed in a statement issued by the corporation on Tuesday in Abuja, to shed light on the award of oil infrastructure surveillance contract to Ocean Marine Solutions for the protection of the 87-kilometre TFP.

According to the Group General Manager, Group Public Affairs Division, NNPC, Mr Ndu Ughamadu, who signed the statement, the decision to assign the contract to Ocean Marine Solutions was reached after “consideration of huge losses on TFP and rigorous appraisal of the company’s impressive record of performance on the Bonny-Port Harcourt and Warri-Escravos crude evacuation lines.”

The statement further indicated that the new contract, which requires the contractor to pay for any damage to any inch of pipeline under its watch, offers immeasurable benefits to the NNPC, its joint venture partners, the host communities and the entire federation.

“Faced with massive losses in projected revenue, stakeholders in the TFP, which today accounts for daily production throughput of over 250,000 barrels of crude oil, were unanimous in the decision to seek better ways of ensuring reliability and availability of the line.

“In 2018, we lost over 60 days of production due to incessant breaches in the TFP, despite having a security contract in place. In terms of production numbers, this translates to over 11 million barrels of crude oil, which on face value equates to over $800m in lost revenue to all the stakeholders in the matrix, which includes the NNPC, its JV partners and the Nigerian federation.”

The NNPC stated that Ocean Marine Solution was assigned to handle the pipeline under the proof of concept arrangement, which “is yielding great results in the Bonny-Port Harcourt and Escravos-Warri crude evacuation lines.”

According to the NNPC, the surveillance company is obligated to protect the lines and bear the cost of repairs if and when there is any breach to the pipeline.

“The cost of the new deal pales into insignificance when placed side by side and value-for-money with the old arrangement.”

The corporation further said that after the loss of over 60 days of production under the old contract, over $32m was spent by it and other stakeholders on repairs, protection of the TFP and clean-up.

It said: “This is a verifiable fact, which makes the new deal not only better but far more rewarding to all stakeholders.

“We want to state for the umpteenth time that based on our community engagement model for asset protection, OMS is obligated to engage youths in the TFP right of way in executing its mandate, thus reports of imminent loss of jobs by host community youths are totally incorrect and mischievous.”