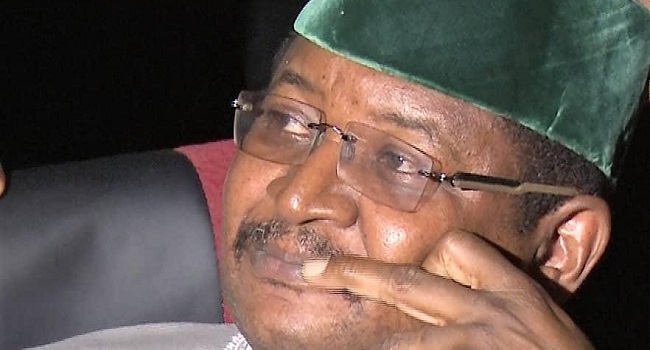 Justice Ahmed Mohammed of the Federal High Court sitting in Abuja, will on April 4, 2019 decide whether the former Group Managing Director (GMD) of the Nigerian National Petroleum Corporation (NNPC) Andrew Yakubu has a case to answer, or not.

Yakubu is being prosecuted by the Economic and Financial Crimes Commission (EFCC), on a six-count charge of non declaration of assets and money laundering to the tune of $9,800,000.

The judge will also decide on April 1, 2019, whether to allow Yakubu travel for medical trip to United Kingdom (UK).

At the resumed hearing of the case on Wednesday, the defendant, through his counsel, Ahmed Raji (SAN), along with five other colleagues informed the court of a ‘no case submission’ filed on November 6, 2018.

Andrew, through his counsel, Raji also applied for foreign medical treatment in the United Kingdom (UK).

But responding, prosecuting counsels led by M.S Abubakar, opposed the application, on the ground that the earlier date scheduled for the medical treatment being March 11, 2019, had elapsed.

The defence counsel argued that the appointment was rescheduled to April 2, 2019. The prosecution counsel, Abubakar said the defense counsel did not provide the court with a valid document or exhibit, to show that the medical appointment was rescheduled for April 2, 2019, and in view of that, Abubakar asked the court not to allow the prayers of the defendant.

Justice Mohammed adjourned to April 1, 2019, for ruling on whether or not to grant the prayers for the medical trip. The judge also adjourned till April 4, 2019, to rule on the ‘no case submission’.