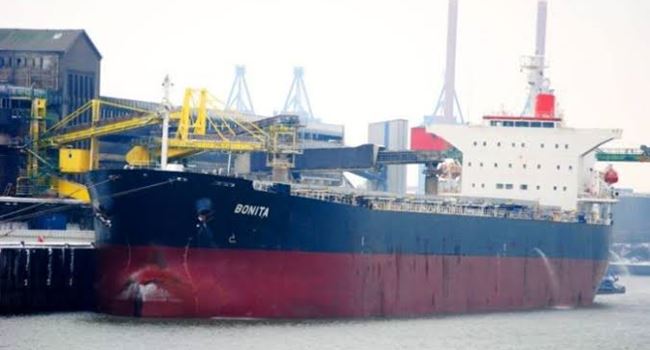 No fewer than nine sailors of a Norway-based shipping company have been abducted by gunmen off the coast of Benin Republic.

According to the shipping firm, J.Jm Ugland, the attack on one of its cargo ships named the Bonito was attacked late on Saturday by pirates 15km (9 miles) off the coast.

The crew’s identity and nationality have not been made public, but the shipping firm said the rest of the crew moved the vessel into the Port of Cotonou in Benin.

Reports say the ship was carrying a cargo of gypsum, a mineral commonly used as fertiliser, which was destined for Benin, the firm said.

In recent months, several abductions have been reported in West Africa’s Gulf of Guinea including the abduction of eight crew members taken from a German-owned vessel off Cameroon in August, and seizing of 10 Turkish sailors off the coast of Nigeria in July.