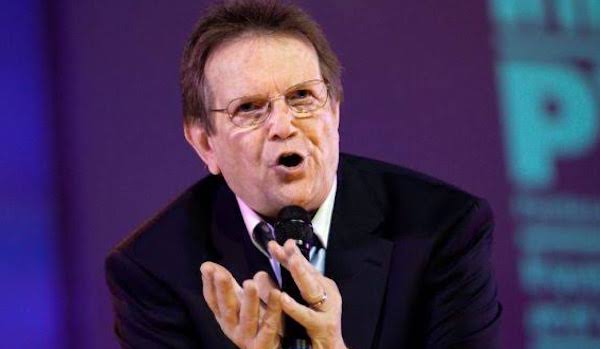 Popular Evangelist, Reinhard died on Saturday, 7th of December at the age of 79.

He was a world renown Evangelist, who concentrated most of his large scale gospel crusades on the African continent, insisting that he had a special commission from God to evangelise Africa.

Below are nine things you may not know about him:

2. He was a German Pentecostal evangelist, principally known for his gospel missions throughout Africa.

4. He was reputed to have overseen the conversion of about 75 million people to Christianity.

5. His planned Gospel Crusade in the Northern city of Kano In 1991 led to massive riots in the city as Muslims protested over remarks he had reportedly made about Islam in the city of Kaduna on his way to Kano.

6. Bonnke met Anni Suelze at a gospel music festival, and admired the grace with which she recovered from a wrongly pitched music performance at the expense of losing the competition. They fell in love and got married in 1964.

7. In 1986, Bonnke moved the headquarters of the Christ For All Nations which he formed in 1974 from Johannesburg, South Africa to Frankfurt, Germany in order to distance himself from the apartheid policy in the Southern African country at that time.

8. In 1984, he commissioned the construction of what was said to be the world’s largest mobile structure – a tent capable of seating 34,000. The tent was destroyed in a wind storm just before a major meeting and therefore the team decided to hold the event in the open air instead.

9. Bonnke held his ‘farewell gospel crusade‘ in Lagos, Nigeria in November 2017. In year 2000, Bonnke held what CfaN said was its largest crusade to date, attracting about six million people.