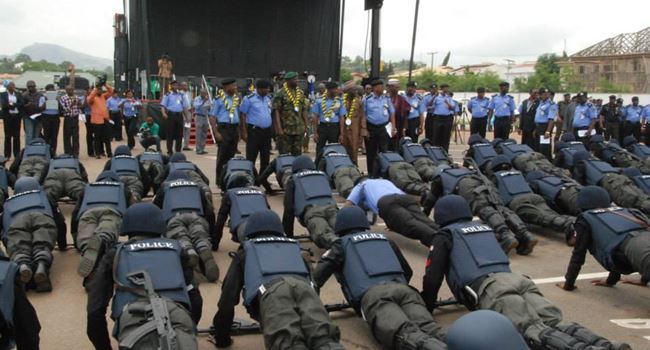 The Police Service Commission (PSC) on Tuesday alleged that 925 persons who did not undergo recruitment processes for 10,000 Nigeria Police Constables were smuggled into the recruitment list last year.

According to the PSC, the 925 persons neither applied for the Police Constable job, nor went through screening, aptitude test and medical examinations.

This was disclosed by the spokesman for the commission, Ikechukwu Ani in a statement on Tuesday, while refuting allegations that the PSC was withholding payment to some Nigeria Police constables recruited last year.

According to Ani, all properly recruited Police constables had been screened while their appointment letters had also been released, adding that they would soon be enrolled into the Integrated Pay-Roll and Personnel Information System (IPPIS) for approval of the payment of their salaries and allowances.

He said: “The commission wishes to clarify that it had to bend backwards to accommodate the list of candidates who applied to be Nigeria Police constables, even after the Court of Appeal gave judgment in favour of the commission, nullifying the hijack of the recruitment exercise by the Nigeria Police Force (NPF).

“The Appeal Court judgment, which is still subsisting, had declared the exercise null and void and returned the Constitutional powers of the commission to recruit all persons into the NPF.

“It is also necessary to clarify that in the cause of screening of the list of the 10,000 successful candidates, the commission discovered that 925 persons never applied for recruitment and did not go through the stages and processes of recruitment. These included screening, aptitude test and medical examinations.

“These candidates already rescreened, except those found to be criminally minded (with mutilated certificates) are expected to be absorbed into the Force.

“The commission is expected to approve their recruitment at its next Plenary Meeting holding next week after which they will receive letters of appointment and subsequently captured by IPPIS.”