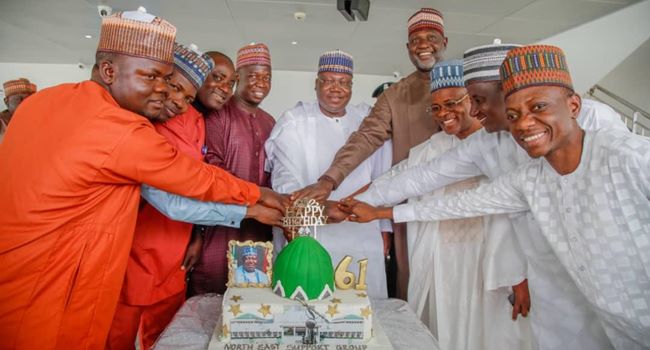 The President of the Nigerian Senate, Ahmad Lawan has debunked claims held in some quarters that the ninth National Assembly is a rubber stamp legislature to the Federal Government.

Lawan quashed the claims on Friday during a birthday presentation by the North East Support Group at the Dutse Airport in Jigawa State on his way to his Yobe North Senatorial District after a private trip abroad.

He said the legislature’s “harmonious and productive” working relationship with the executive arm was “so terribly misunderstood” by those who called it a rubber stamp National Assembly.

Lawan however, said no amount of blackmail would discourage the present Assembly from working with the executive for the good of the people of the Federal Republic of Nigeria.

“So, it doesn’t mean that because we are peaceful and that we are cordial with the executive that we are rubber stamp but that is something that will not distract us.

“We have seen what a “rubber stamp” National Assembly could do. We have already passed so many important and critical legislations within the last six months and if that is what we can achieve with that kind of understanding, so be it,” he added.