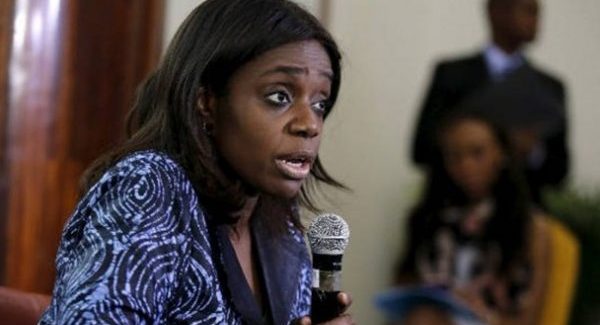 The Minister of Finance, Mrs. Kemi Adeosun, has denied reports in the media claiming that she refused to approve the payment of $16.9 million fees to two lawyers contracted by the Attorney General of the Federation, Abubakar Malami, for the recovery of Abacha loot worth $321 million.

An online portal report had claimed that the minister blocked the payment of the said amount to the lawyers and also wrote a strongly-worded letter to President Muhammadu Buhari, raising objections to the payment.

But in a statement on Tuesday, the Minister of Finance confirmed that the Federal Government has recovered $322.51 million looted from Nigeria’s treasury by former Head of State, late General Sani Abacha, from the Swiss Government.

Noting that the money was received since December 2017, she denied that there were controversies surrounding the recovery of the stolen funds as the media report claimed.

The statement, which was released by the Special Adviser, Media and Communications to the Minister, Mr. Oluyinka Akintunde, in Abuja, read, “The minister wishes to dissociate herself and the Federal Ministry of Finance from recent reports on the Abacha refunds.

“The minister had at no time written any letter to the President or any member of the Federal Executive Council (FEC) on the payment of lawyers for the Abacha recovery. She also refutes the flawed reports of controversy surrounding the Abacha recovery.

“For the avoidance of doubt, there is no controversy concerning the recovery of the Abacha monies from the Swiss Government.”