Home » Latest » Abba Kyari not behind probe of Head of Service, Oyo-Ita —EFCC 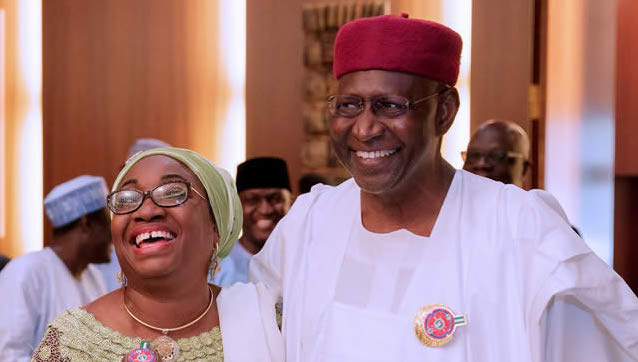 The Economic and Financial Crimes Commission (EFCC) has refuted claims that the Chief of Staff to the President, Abba Kyari, ordered the probe of Head of Civil Service of the Federation, Mrs. Winifred Oyo-Ita.

A statement by EFCC spokesman, Mr. Wilson Uwujaren, said that the ongoing investigation of a N3 billion fraud in the Office of the HoS was based on evidence and not on political considerations.

Uwujaren maintained that the agency remained independent and that its investigation had always been evidence-based.

The statement reads in part, “The attention of the EFCC has been drawn to reports by a section of the media insinuating that the ongoing investigation of the Head of the Civil Service of the Federation, Mrs. Winifred Oyo-Ita, by the Commission was instigated by the Chief of Staff to the President.

“The commission wishes to state that there is no truth in these claims, and urges the general public to disregard the reports as the handiwork of mischief makers.

“For the avoidance of doubt, investigation by the EFCC is evidence-based. Most often, they are triggered by petitions or intelligence.

“In the case of the HoS, Oyo- Ita’s investigation, it was prompted by intelligence received by the Commission.

“The EFCC is an independent agency created by law to fight corruption without fear or favour.

“In the discharge of its mandate, the commission does not take instructions from extraneous bodies neither will it lend itself to be used to settle scores by anyone.

“The commission again wishes to appeal to the media to be circumspect in their reportage and not lend themselves to actions that could befuddle the activities of the commission.”