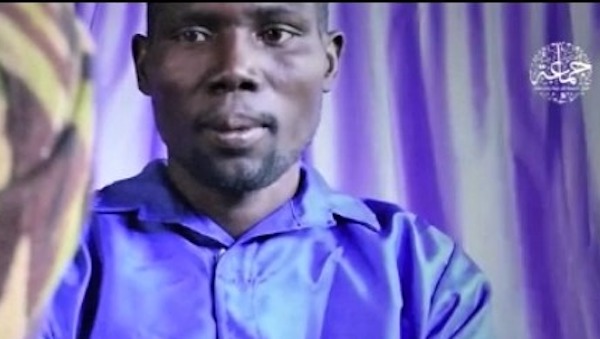 The abducted pastor of EYN Church of the Brethren in Borno State, Bulus Yikura, has been reportedly freed by Boko Haram.

Security sources confirmed to journalists that the cleric was released by the jihadists on Wednesday evening.

Yikura had in video released by Boko Haram last week urged the Federal Government and the Christian Association of Nigeria (CAN) to save him from imminent death.

The insurgents had threatened to kill the cleric if the government fails to meet their demands by March 4.

In a swift response to the pastor’s appeal, CAN in a statement issued by its President, Samson Ayokunle, urged President Muhammadu Buhari to ensure the rescue of Yikura.

In a statement titled: “President Buhari should rescue Pastor Yakuru from his captors and save the nation from collapsing,” the Christian umbrella body said if former United States President, Donald Trump, could order the military to rescue one American abducted by the insurgents in Nigeria, nothing should stop Buhari from doing the same.

He said: “Pastor Yakuru of EYN Church of the Brethren was reportedly abducted on December 24, 2020, when the terrorists attacked Pemi Village in Borno State and killed no fewer than seven people.

“The Pastor who has been in the custody of the Abubakar Shekau-led faction of Boko Haram since December last year was on Wednesday, February 24 reportedly given a one-week ultimatum for their demands to be met by the government or Pastor Yakuru will be killed.

“Although we are not aware of the demand, our appeal is to the President, the military and the Borno State government to ensure that Pastor Yakuru is not murdered like the district chairman of the Church of the Brethren in Nigeria and CAN Chairman of Michika Local Government in Adamawa State, Rev. Lawan Andimi.”