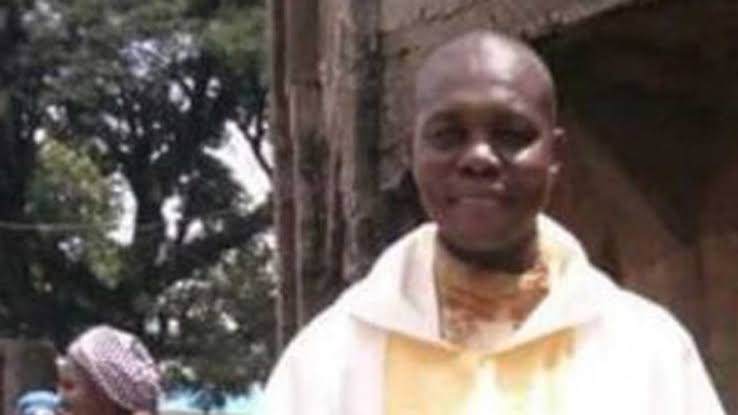 A Catholic priest, Rev. Father Leo Raphael Ozigi, the Parish Priest of St. Mary’s Catholic Church, Sarkin Pawa, in Munya local government area of Niger State, who was abducted by bandits about three weeks ago, has been released after the church in the state paid a ransom of N10 million to the bandits.

According to a member of the church who spoke to Ripples Nigeria on the telephone on Sunday, Father Ozigi who was kidnapped alongside 44 others on March 27 by bandits who attacked the Sarkin Pawa community was freed on Saturday after payment of the ransom.

“Reverend Father Leo Raphael Ozigi, who was kidnapped by bandits on March 27, has been released.

“He was released on Saturday after the church paid the N10 million ransom requested by his kidnappers who had taken him to a forest in Birnin Gwari in Kaduna State after his kidnap from his parish in Minna.

“The N10 million was raised by his church in Minna, family, close associates and was delivered to the bandits on Friday,” the church member who pleaded anonymity said.

It was learnt that the Priest was released after long negotiations between the bandits and elders of the church and the ransom amount was arrived at and a representative from the church was led by a delegation of the bandits to Birnin Gwari forest to deliver the amount to their ‘Commander’ after which the cleric was released.

”Father Ozigi is now in a hospital receiving treatment. He was made to trek several kilometres and he is very weak and can hardly walk now. He has to be on bed rest and even go for physiotherapy,” the source added.

Related Topics:BanditsCatholic Priest
Up Next