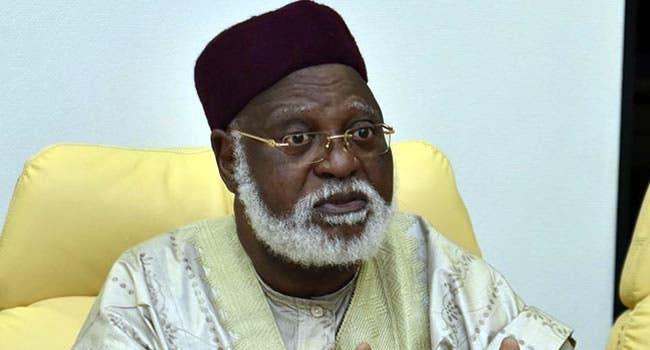 He said that the conduct of Ondo voters was worthy of emulation, adding that the Independent National Electoral Commission (INEC) replicated the Edo State election’s success in the Ondo poll.

Abdusalami spoke in a statement on Monday, congratulating the people of the state for conducting themselves peacefully throughout the period of the governorship election, leading up to the announcement of the election results.

“Through the expression of your exemplary sacrifice, decorum, and courage, you played your part in deepening the culture of peaceful elections in Nigeria.

“You have once again shown Nigerians that your votes count irrespective of the earlier fears, uncertainty, tensions and anxiety that preceded the election. Nigerians appreciate your conduct and display of patriotism, which is worthy of emulation,” he said.

On INEC, he applauded the chairman of the electoral body, Professor Mahmood Yakubu, and his team for their converted efforts

day and night which helped the commission to consolidate on the gains of the Edo State governorship election.

He said his group, the NPC also appreciated the good jobs of the Inter-Agency Consultative Committee for Election and Security, other security agencies, development partners and civil society groups for their efforts which helped to ensure the success of the governorship election in Ondo State.

He, equally, extended NPC’s appreciation of the role played by traditional rulers in the state, who collaboratively deployed their moral authority in the appeal for peace and tranquillity in the state.

Abdusalami also commended the candidates that participated in the poll for signing the Peace Accord and called on them to remain calm with the outcome of the election with respect to the letter and spirit of the Peace Accord that was signed in the state.

Related Topics:AbdusalamiOndo Election
Up Next