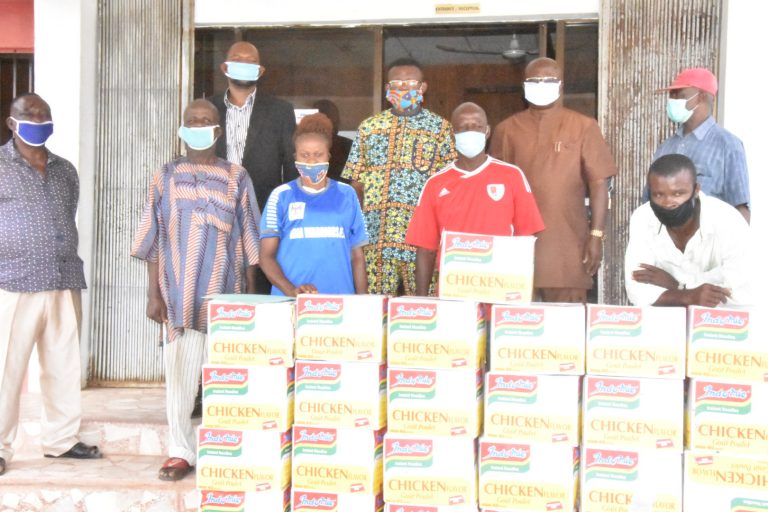 Nigerian football club, Abia Warriors have played a part in cushioning the effect of the coronavirus pandemic on the livelihood of their supporters.

The management of the NPFL club became the first Nigerian side to publicly distribute relief items and cash among its supporters.

Pastor Emeka Inyama, head of the management board, led the rest of the board as they provided palliatives to loyal supporters of the club at the club’s Complex in Umuahia on Monday.

Inyama thanked the Supporters Club for their unalloyed support, adding that it was “very necessary to reach out” to them in a time like this.

“We, the board members, had to task ourselves to get this done on behalf of the management and players and I know this gesture will gladden your hearts, it is my earnest prayer that none will be found wanting when the league resumes,” he said.

The Abia Warriors boss charged the Supporters Club to keep adhering to all the precautionary measures which will help them stay safe amid the pandemic.

In response, the chairman of the supporters club, Comrade Ifeanyi Okereke, thanked the club’s board for having their welfare at heart during the rough times.

He went on to reaffirm the Supporters Club’s unflinching support for the team.

Food items including noodles, hand sanitizers, liquid soap and undisclosed amount of money, are some of the content of the relief package presented to the supporters.