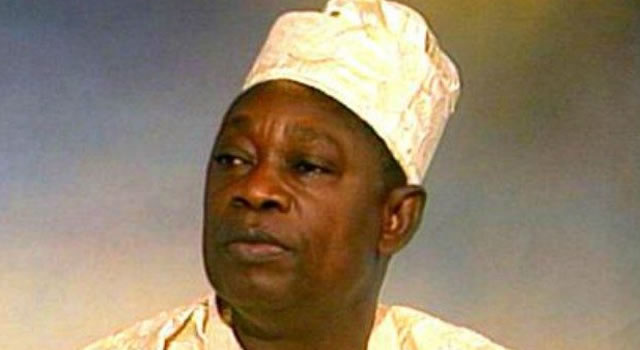 I humbly address you as Mister President because you were one; because you deserved to be so called even post-humously. You would have made a far better President than the presidential midgets or lilliputians that had taken up residence in Aso Rock Villa since 1999. Yet you remained the best President we never had the opportunity to have had in office even when we voted for you to preside over our rotten national affairs in 1993. Even in your marked grave, over two decades old, we still remember you and the democratic exploits you made in our confused search for a responsible prosperous nationhood.

Twenty six years ago Hope 93 which you represented triumphed in a free, fair and credible electoral process but was prematurely and systematically suffocated to death by the corrupt political army Generals led by one evil genius known as Ibrahim Badamasi Babangida (IBB). Today we have every reason to rejoice because a lot of water has passed under the bridge ever since your criminal assassination in 1998.

President Abiola since your state-sanctioned tea-induced murder Nigeria has not known peace. The current President who toppled the late Shagari democratic government in your lifetime had recently as a ‘re-elected’ President bared his dictatorial fangs by closing down a popular private radio and TV stations, Reypower FM and AIT TV, for “breaching the NBC code”. It took the courageous judicial intervention of a High Court Judge in the FCT to have the stations back on air within twenty four hours. Buhari as the father of the obnoxious Decree 4 has never changed and cannot change any time soon because of his core belief in authoritarian powers.

When I met you far back in 1994 as a young student activist
in Benin City I was a ‘virgin’ but now a full-grown man with children! Thousands of us had awaited you inside as you visited the late Oba’s Palace. You were full of life exuding hope and ambition to heal a ‘wounded’ nation. You were defiant in defense of democracy and the ‘sacred’ mandate majority of Nigerians gave you on June 12, 1993. You had refused doggedly despite intimidations, blackmail and all sorts of propaganda to abdicate your mandate. You fought a good fight but paid the supreme price for your refusal to renounce your conviction.

Last year’s June 12 President Muhammadu Buhari uncharacteristically played the politics of remembrance by officially acknowledging June 12 as a national democratic watershed in our chequered national history, declaring same national Democracy Day (effective from this year) and honouring you with the Grand Commander of the Federal Republic (GCFR) posthumous award. And this year he upped the ante by renaming the magnificient National Stadium in Abuja after you.

It was indeed a smart move, a masterstroke, a political joker pulled primarily to spite his redoubtable opposition (especially his fellow retired soldiers) to wit: IBB and OBJ. The former for having unceremoniously pushed him out of his dictatorial perch in 1985 and the latter for having the temerity to tell him the home truth, no matter how unpalatable, without fear or favour.

What former Presidents Olusegun Obasanjo, the late Umaru Yar’Adua and Goodluck Jonathan had ignored to do — immortalizing June 12 as Democracy Day —the political opportunist, the incumbent President Buhari had done commendably last year.

One of your sons, President Abiola, had visited Baba Obasanjo in his Abeokuta Hill-top Mansion where he told him reportedly to his face that he had collected millions of Naira from you at the peak of struggle with a promise to mobilize retired Generals to combat Abacha and restore your stolen mandate but OBJ took the mobilisation fee and did almost nothing after towards the end for which the fund was released to him!

Flowing from the above, Mr President, it is unfortunate to inform you that your children led by Kola have messed up, if not ruined, the great business empire you laboured hard to build. They have since killed Concord Newspaper, Abiola Bakery, Abiola Bookshop etc. It is only June 12 legacy that has outlived you because it belongs to everyone and to no one in particular.

My dear late President the irrepressible Senior Advocate of the Masses (SAM), the legal icon, Gani Fawehinmi, died ten years ago. Your turn-coat running mate, Ambassador Babagana Kingibe, is now living it big in Aso Villa. He is a prominent member of the notorious powerful Aso Rock cabal misruling the nation while hiding behind the presidential masquerade. He and the late Gani were bestowed with national awards as well. While Gani deserved his perhaps Kingibe was rewarded for abandoning you and the mandate!

As an Allah-fearing Muslim and one who believed in one universal God it would have been an anathema nay, haram, for you to have been sworn into office today and tomorrow your first official trip outside our shores would have been to participate in an Islamic Conference in Saudi Arabia! Nigeria was (and is still) a secular state recognised as such by our federal constitution. You would have surprised the world as President Trump is now doing had you been given the chance to preside over our rotten national affairs. Controversial, randy, undiplomatic and unapologetic the billionaire is pulling Uncle Sam along with much class and substance, no matter what many nay-sayers would say.

Loathed by the political establishment for his unconventional presidential methods and tactics, independent-mindedness, arrogance and audacity Donald Trump has turned America into a huge political engineering and re-engineering super-power in a global quest for dominance, one tailored towards ‘Making America Great Again’. And he is achieving what his predecessors never achieved — perhaps afraid to act in moments of truth. The system has thrown everything at him but he has resisted with remarkable ferocity. He provokes, he attacks, he barks and bites!