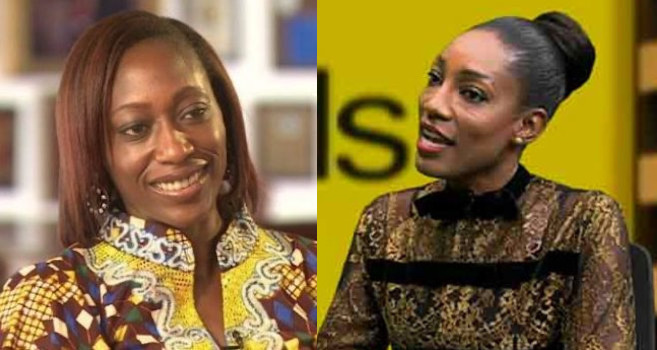 Tudun Abiola, the daughter of the acclaimed winner of the June 12, 1993 presidential election, MKO Abiola, on Monday slammed her half- sister, Hafsat Abiola-Costello for comparing the Kogi State Governor, Yahaya Bello, with their late business mogul.

Abiola-Costello is the Director-General of Bello’s presidential campaign organisation.

The woman, who featured in a programme on Arise TV, likened the governor’s “Hope23” campaign slogan to Abiola’s “Hope’93” symbol.

She added that the duo believed in Nigeria’s unity.

Abiola-Costello said: “These are the same qualities I have seen in Governor Bello. He dared to contest, not minding that he was from a minority tribe in Kogi and won, and he has come out again. My father did the same, when it was believed that a Yoruba man could not be President.”

However, Tudun wondered why her half-sister would drag her father’s legacy into Bello’s campaign.

She asked Abiola-Castello to leave their father out of the issue and concentrate on selling the manifestos of her principal.

She said: “I have come to expect certain things from that individual, but just because it is not surprising, does not mean it was not staggeringly inappropriate.

“I am referring to my half-sister, Hafsat, who is the DG of Yahaya Bello’s campaign, and her comparison to my dad. There were a lot of political players in his team, and not one of them decided to throw their father under the bus for the sake of their principal.

“Come out and talk about your principal, his antecedents and stands for the future of Nigeria and leave daddy out of this. It is not her right, because it is not her name. It is our name. It is the name of future Abiolas yet unborn who should be proud of the legacy. My father was tortured because according to the United Nations, it sees solitary confinement as torture.

“He was tortured and then, he was murdered and has left his legacy only for it to be abused in this fashion.

“And I did say that I was quite consistent. We had another gentleman on the show talking about another person he was campaigning for, and using my dad to score points and I was apoplectic. Everybody should just leave his name out of this. It is especially disgusting, the false equivalence, the cynical expatiation of a genuine struggle.