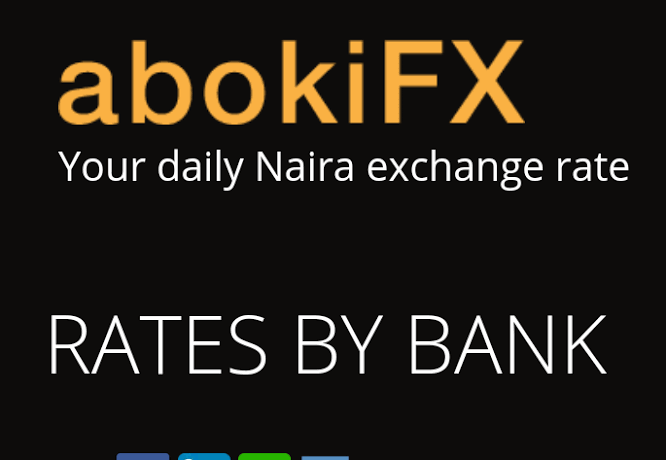 The founder of abokiFX, Oniwinde Adedotun, is reportedly under investigation by the Central Bank of Nigeria (CBN) for a number of alleged infractions.

If the reports are true, he risks two years imprisonment, as well as N600,000 fine, if found guilty.

Both Adedotun and his company, abokiFX Limited, which tracks foreign exchange rates across the country since 2014, are being probed for alleged manipulation of forex, illegal foreign exchange transactions and reports on parallel market forex price amid rise in FX rates against the naira.

Adedotun is reportedly being probed for manipulating foreign exchange rate after the naira continued to weaken against the dollar, pound, and euro significantly in the past two weeks on the parallel market.

Ripples NigeriaNaira exchanges for N562 per dollar, as CBN moves to stop the slide analysis of abokiFX parallel report shows that the naira had depreciated by 7.5 percent (-N40) against the dollar, down 7.1 percent (-N48) against the British pound, and decreased in value by 5 1 percent (-N32) against the euro in two weeks.

As of this morning, the naira exchanged at N570 to $1, while Great Britain pound is sold at N770, and euro currency is exchanged at N655 in the parallel market, according to abokiFX.

The report of these FX movements, is however, against the National Intelligence Committee Act of 2004, Ripples Nigeria findings showed. The law states that any persons or company reporting a different forex price aside from that of CBN, is guilty of an offence and liable on conviction.

The law reads in Section 11; subsection 1C, that, “(1) It shall be an offence for any person, association of individuals or body corporate (whether public or private) to – (c) publish or cause to be published exchange and interest rates other than the rates determined by the Bank from time to time.”

Any person culpable of an offense, will pay a fine of N100,000 or jailed for a term of two years or to both such fine and imprisonment.

In the case of an organisation, which is that of abokiFX, a fine of N500,000 and the suspension or revocation of its certificate of registration or certificate of incorporation will be issued.

The CBN had also reportedly requested for transaction details from January 01, 2019, to date, of four accounts owned by Adedotun, and three accounts belonging to abokiFX Limited, from January.

AbokiFX is mostly used by Nigerians and other parallel market customers to monitor forex movements – the platform’s influence in the forex system makes it the 63rd most visited website in Nigeria, as of the time this report was filed.

Note that abokiFX has been an aggregator or reference sales point for persons and businesses dealing in forex transactions – the one-stop FX aggregator is dependent on Bureau De Change operators market prices which were usually sourced offline before the advent of abokiFX.

What you need to know about Nigeria’s parallel market?

The parallel market is a vital part of Nigeria’s forex circulation, unburdening the commercial banks in forex transactions, to prevent FX scarcity – although the CBN had recently severe ties with the Bureau De Change operators, accusing them of financial infractions.

The CBN stopped providing forex to the BDC operators, but despite the restriction, more Nigerians prefer to conduct foreign exchange at the parallel market due to its value of forex compared to the FX deal offered by banks, which is rated low.

Effort to reach CBN’s Osita Nwanisobi for comments on the investigation proved abortive as he busied calls to his line, neither did he respond to text message sent to his line.

But following a call to CBN’s complaint line, a rep of the apex bank stated that she’s not aware of the information, but anyone transacting with the Bureau De Change operators is doing so without CBN protection.

Related Topics:abokiFXCBNOniwinde Adedotun
Up Next

FIRS threatens to sanction CSOs that fail to register for tax, obtain TIN