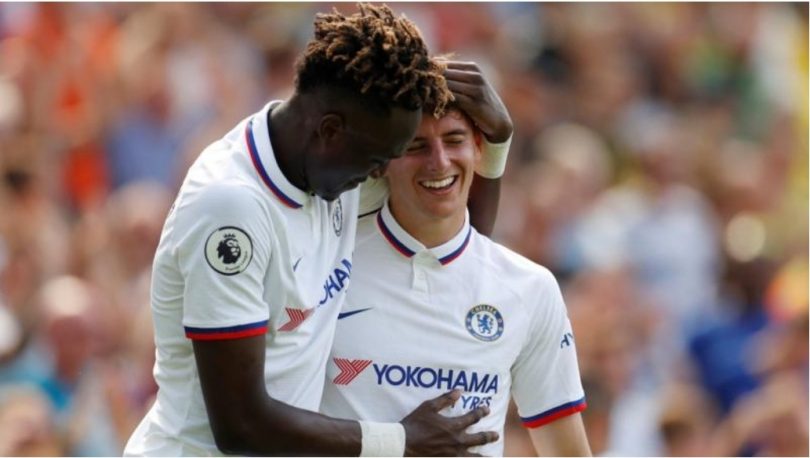 Chelsea boss, Frank Lampard has successfully won a game as a manager in the Premier League after the Blues defeated Norwich City 3-2 on Saturday.

The coach, who joined the Stamford Bridge side after the departure of Maurizio Sarri before the start of the season, lost 4-0 to Manchester United in his opening game before picking up a 1-1 draw against Leicester last Sunday.

England forward, Tammy Abraham was the star of the match as the his brace ensured Chelsea’s victory in the five-goal thriller.

Abraham opened the scoring inside three minutes for the away team, but Norwich equalised just 156 seconds later, Todd Cantwell finishing from close range from a Teemu Pukki cross.

Mason Mount restored Chelsea’s lead midway through the first half but the Canaries soon pulled level on the half hour mark as Pukki slotted in from a tight angle for his fifth goal in three games.

Abraham scored the winner in the 68th minute following Chelsea’s dominating play at the start of the second half.

The goal was an unstoppable drive that got past Tim Krul, and there could have been another goal for Chelsea but the Kurt Zouma effort was ruled out by the video assistant referee.

Chelsea are unbeaten against Norwich in 16 meetings, and will host Sheffield United in their next encounter in the Premier League.