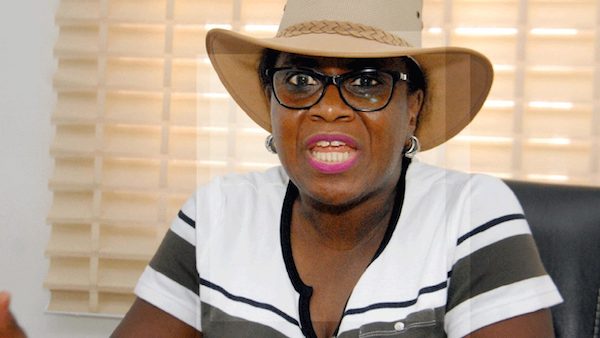 The absence of Justice Taiwo Taiwo of the Federal High Court, Abuja, on Wednesday, stalled the trial of the wife of former Managing Director of Pipelines and Products Marketing Company (PPMC), Mrs. Ochuko Momoh.

The Independent Corrupt Practices and Other Related Offences Commission (ICPC) arraigned Momoh on a 22-count charge of money laundering on March 9.

However, the charges were later reduced to 13 by the commission.

Momoh’s husband, Haruna, who is the first defendant in the new charge, is said to be at large.

Justice Taiwo had on July 15 adjourned the matter till October 28 after the prosecution witness, Mrs. Jane Asuquo, had given her evidence-in-chief.

Asuquo told the court that Haruna used his wife to launder the PPMC’s $700 million.

She added that the offence was committed between 2012 and 2015 when the defendant was the managing director of the agency.

But at the resumed hearing of the matter on Wednesday, Justice Taiwo was not in court.

The matter was second of the 11 cases scheduled on the cause list.

The court’s registrar said the judge had proceeded on leave.

The court, however, fixed December 7, December 8, and December 11 for hearing on the matter.