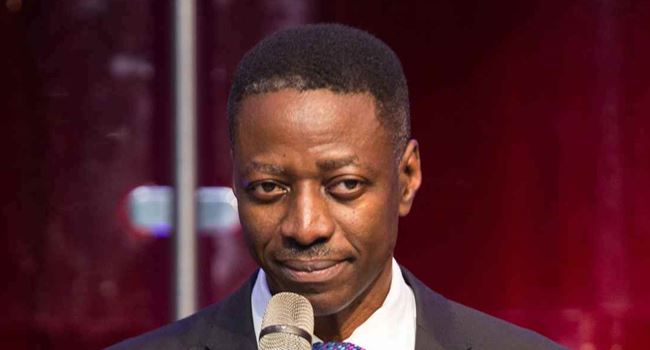 An FCT High Court has halted proceedings and stayed action in a criminal case brought against popular singers, Davido, Burna Boy, Falz and popular Lagos pastor, Sam Adeyemi amongst others.

A criminal complaint was filed by one Kenechukwu Okeke before a Chief Magistrate Court, Wuse II, Abuja presided over by Chief Magistrate Omolola Akindele, who ordered the Commissioner of Police in the FCT to launch an investigation into those mentioned in the criminal complaint and alleged to have supported the #ENDSARS protests that rocked parts of the country in October, 2020.

However Justice Bello Kawu, while ordering the stay of action in the criminal complaint, also restrained the Nigeria Police from arresting or taking any action against the #EndSARS activists.

Okeke, who filed the criminal complaint, had alleged that the protest, which was supported by those he joined as defendants led to him losing properties and creating fear among Federal Capital Territory, Abuja residents.

However, Deji Adeyanju, who was also joined to the suit, approached the FCT High Court with an application for a judicial review of the substantive matter before the magistrate.

Delivering his judgment, Justice Kawu said: “An order of this honourable court granting leave to the application to issue and serve on the defendant an application for judicial review against the proceedings/direct criminal complaint of Hon. Omolola Tolulope Akindele sitting at Chief Magistrate Court II, Wuse Zone 6 in the suit of Kenechukwu Okeke Vs Deji Adeyanju and 49 others in suit No. CR/49/2020.

“An order of this honourable court, that on the grant of the above orders herein, serve as stay of all proceedings on the direct criminal complaint Omolola Tolulope Akindele sitting at Chief Magistrate Court II, Wuse Zone 6 in the suit of Kenechukwu Okeke Vs Deji Adeyanju and 49 others in suit no. CR/49/2020.

“An order of this honourable court, that on the grant of the above orders herein, same order as granted by the honourable court shall restrain the Nigeria Police Force, 2nd and 3rd defendants from taking any further steps, arresting and or taking any unconstitutional/illegal steps in the form of any guise as it concerns the subject matters whatsoever before this court herein as it concerns all parties in the proceedings.”