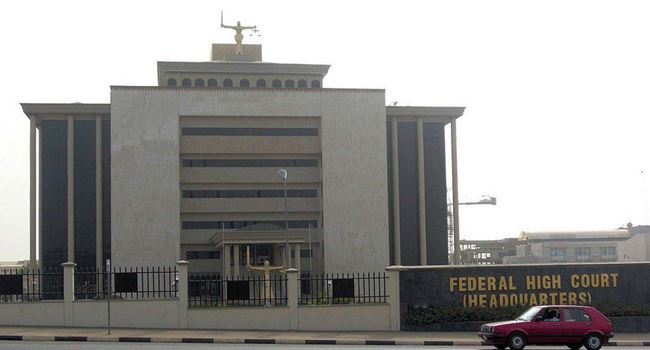 The Chief Judge, who said he had signed a practice direction on the matter, explained that the measure was intended to “sanitise the situation”.

Justice Bello disclosed this while inaugurating the new Executive Council (Exco) of the Abuja branch of the Nigerian Bar Association (NBA) at the weekend.

He said: “Political cases that originate from other component states of the federation that, for whatever reason, are brought here (the High Court of the FCT), shall no longer be heard here.”

According to him, the new practice direction was meant to foreclose the window for forum shopping and to address the challenge of conflicting decisions on the same case by different courts.

The chief judge further added that the new direction was also to address the observation by the Court of Appeal that such cases pose difficulties to it, administratively, because divisions of the appellate court exist in the areas where such cases are brought to Abuja.

Justice Bello said: “Cases will come from Kaduna, which ordinarily, the High Court of Kaduna State should be able to handle, or from Ondo, Anambra, Sokoto. And, not only that, even when they come here, they keep on jumping from one court to another.

“And, when they see the writing on the wall, they start bringing up stories, either pinning it to the judge presiding or any other anomaly they can conceive from the figment of their imagination” Justice Bello added.

The Chief also noted that the number of applications from lawyers seeking transfer of their political cases was so high that if he was not careful, he could spend all his time attending to them.

“We deem it desirable that we have to sanitise the situation. And the practice direction has now directed the transfer of all such cases back to their places of origin, even if they are part-heard matters, they will no longer be entertained here.

“Even if there is any regime that gives the slightest window for the assumption of jurisdiction, so long as it is the view of the presiding judge that the matter is better attended to at the place of origin of the case, it will be returned back,” Justice Bello said.

The chief judge also restated the decision of the High Court of the FCT not to grant ex parte injunctions in political cases.

“I believe members of the Unity Bar must have observed that this jurisdiction has demonstrated its sense of reform against granting ex parte injunction or any restraining order to forestall electioneering activities.

“Therefore, you should be wary of coming forward with ex parte motions when they relate to political cases, because you know we are not going to accede to that.

“This is because we want the natural growth of democracy. We want political actors to be able to learn the act of resolving their disputes within themselves, politically, without the necessity of resorting to court, unless where it becomes exceedingly necessary,” Justice Bello said.