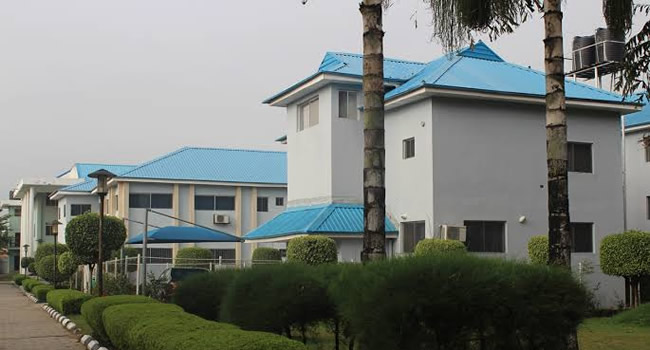 A private secondary school in Abuja, Premiere Academy located in Lugbe in the FCT, has come under fire over a 12-year-old student, Keren Akpaghe, who was allegedly raped to death.

According to a women’s right group, Network Against Domestic Violence Foundation (NADVF), in a statement made available to Ripples Nigeria on Friday, the minor who was a boarding student in the school was reportedly defiled with a condom left in her body, which led to an infection that resulted in her death on June 22.

The statement from NADVF signed by its founder, Edoamaowo Udeme, narrated the circumstances that led to the death of the student thus:

“The young victim, Keren Akpage, was raped by unknown persons in the school on June 16, with the condom left stuck in her private part.

“She took ill on the night of Sunday, June 20, and was rushed to Queens Clinic, Wuse, Abuja, on Monday.

“When a test was run on her, a discharge was observed from her vagina and was found to be condom after a lab test.

“Her urine test revealed dead spermatozoa and she died early hours of Tuesday, June 22, from hyperglycemia triggered by sepsis resulting from the infection caused by the condom in her.

“The family need justice as the school is trying to cover it up please.”

After the NADVF, posted the incident on its Facebook page, there was anger and serious concerns from commentators calling for a thorough investigation and justice for the late student.

Meanwhile, the school has issued an official statement over the death of the student, dismissing allegations that the girl was raped, urging the public to disregard the speculations on social media which are meant to tarnish the image of the school.

In the statement entitled ‘Premiere Academy Commiserates with the family of Keren Akpagher,’ the school management said:

“We deeply commiserate with the family of Keren Akpaghe who was a student of Premiere Academy, Lugbe, Abuja, until her demise on Tuesday 22nd June, 2021.

“She was admitted into the Academy (JS 2) on 16th April, 2019, but she resumed on Sunday 28th April, 2019. On admission, according to medical report and her mother’s attestation, Keren Akpagher was diagnosed with Type I Diabetes Mellitus at the age of nine (9) and had been on Insulin Injection.

“All through her stay at Premiere Academy, Keren’s health was managed with a controlled diet and frequent monitoring of her blood sugar level by our well-trained health officials at the clinic.

“On 17th June, 2021, Keren Akpagher visited the school’s clinic with a complaint of redness of the eye. Her mother, Mrs. Akpagher, requested that she should be taken to see an Ophthalmologist on Saturday, 19th June, 2021, and she was taken for the appointment in the morning of that same day.

“On her return to the school on that same day (Saturday), her mother further requested to pick her home because Keren insisted on going home for the weekend. An exeat was granted and she went home with her mother in a healthy condition.

”On Monday morning, 21st June, 2021, we learned she became ill and was hospitalized. On hearing that, as a school, we mobilized immediately and visited her at the hospital, Queen’s Clinic Wuse, Abuja.

“It was heart-rending when we heard of her demise the next day, Tuesday 22nd June, 2021. Since the demise of Karen Akpagher, there have been speculations and unfounded statements concerning her death on social media, especially on WhatsApp.

“We hereby inform the public that whatever message they have come across on social media is unfounded.

“At this point, we enjoin all interested parties and the public instead of peddling unfounded statements, to assist the investigation process as we ascertain the cause of Keren’s death.”