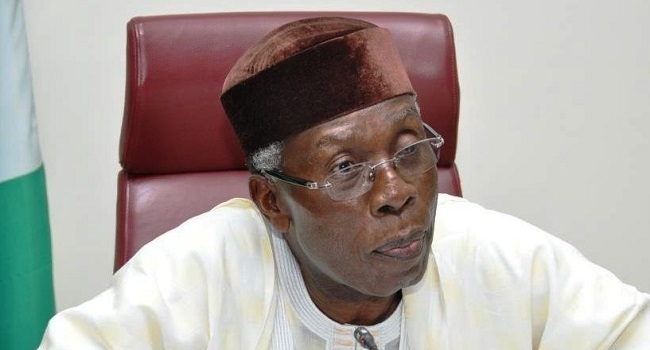 The Arewa Consultative Forum (ACF) has expressed concern over the decision of the Amalgamated Union of Foodstuff and Cattle Dealers to halt movements of food items from the North to the South.

The ACF made the observation in a statement issued by its National Chairman, Chief Audu Ogbe, on Tuesday, March 2, in Kaduna.

Ogbe said the action of the union would only complicate the socio-economic and political challenges facing the country.

“There is no need mounting a blockade by one section of the country against the other.

“We believe that whatever may be the difficulties of their members in operating in other parts of the country, ACF leadership led by me is willing to help solve them,” he said.

Ogbe noted that Nigeria was not at war and therefore, such drastic action was unnecessary.

“This extreme measure is not progressive and even counter-productive.

“We, therefore, call on the leadership of the union to put a halt to their embargo and blockade in the interest of peace and unity of the country.”

Ripples Nigeria had reported that President of the Amalgamated Union of Foodstuff and Cattle Dealers of Nigeria (AUFCDN) Mohammed Tahir was detained on Monday by the Department of State Services over the blockade of supply of foodstuffs and cattle from the North to the South.

AUFCDN General-Secretary Ahmed Alaramma disclosed this during a press briefing.

Alaramma told reporters at a news conference in Abuja that the DSS had in the morning invited the union leadership to a meeting.

“Our president is at present with DSS right now. They came to invite us this morning because of this protest we are doing. Up till now, our President has not come out from that DSS office. So, this is the first day they are inviting us,” he said.

Reps advocate for deduction of utility bills from accounts of MDAs