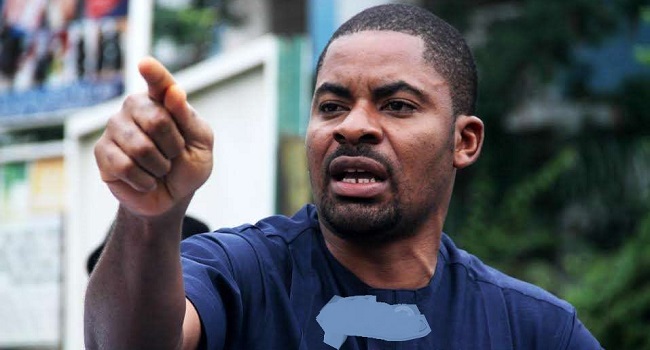 Human rights activist, Deji Adeyanju has vowed to do a petition against the National Leader of the All Progressives Congress (APC), Bola Tinubu, over the spotting of bullion vans driving into his premises during the 2019 general elections.

In a post on his Facebook wall on Thursday, the convener of the Concerned Nigerians said he will submit a petition before the Economic and Financial Commission (EFCC) today (Friday) over the spotting of the vans.

According to him, it was wrong of the APC leader to have had two bullion vans at his Bourdillon, Ikoyi, Lagos home on the eve of the presidential and National Assembly elections.

He wrote; “We, Concerned Nigerians, are going to submit a petition to the EFCC on Friday about these bullion vans at Tinubu’s house on [the] eve of presidential elections, then wait to hear what excuse they will give again.

“We know they won’t take any action but we will submit the petition,” Adeyanju added.