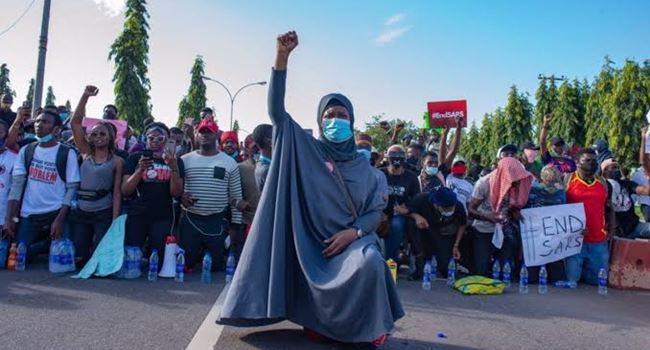 An activist, Kenechukwu Okeke, on Monday filed criminal complaint against 50 persons at the Abuja Chief Magistrate Court over their alleged roles in last month’s #EndSARS protests in the country.

READ ALSO: I have a right to demand for a better Nigeria –Rinu, #EndSARS campaigner

In the suit filed pursuant to sections 88, 109(a), 110(1)(c) of the Administration of Criminal Justice Act, 2015, Okeke alleged that his properties were destroyed during the unrest that trailed the #EndSARS protest.

He said the defendants who were the promoters of the protests must be brought to justice.

Related Topics:#EndSARSENDSARS PROTEST
Up Next