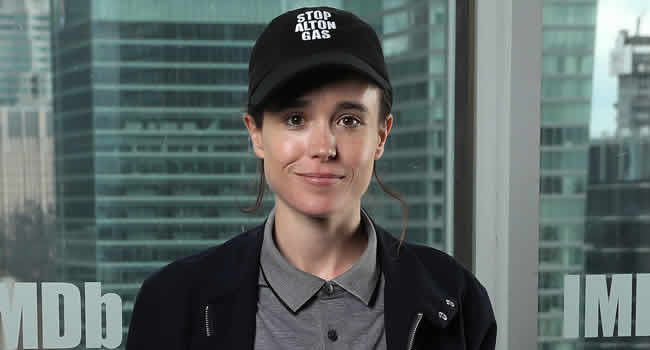 Hollywood actor, Elliot Page formerly known as Ellen Page has revealed he’s undergone surgery to remove his breasts and says it’s changed his life for the better as he now feels like his true self since coming out as a transgender.

The Juno star, born Ellen Page, announced he was non-binary and transgender in December, as he shared his preferred pronouns of “he” and “they”

Page has now disclosed that he has undergone surgery to remove breast tissue and reconstruct the remaining chest tissue and skin.

In a candid interview with Time Magazine, the actor, who showed off his new look on the cover shoot, said he actually feels like himself now when he looks in the mirror, and more energized than ever, adding … “It has completely transformed my life”, it was “not only life-changing but lifesaving”.

Page recalled struggling to feel comfortable in the female form after shooting to fame with the 2007 teen pregnancy drama Juno.

“I just never recognised myself,” he confessed, adding: “For a long time I could not even look at a photo of myself.”

Even just being offered women’s clothing to wear caused Page to feel sick:

“(I didn’t know) how to explain to people that even though (I was) an actor, just putting on a T-shirt cut for a woman would make me so unwell.”