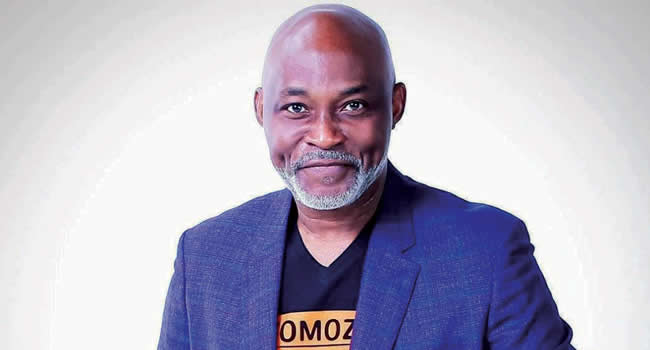 Veteran Nollywood actor, Richard Mofe-Damijo has revealed that he has always desired to pierce his ears.

According to the veteran who will turn 60 in a couple of days, he has always aspired to do what he had in mind, however, he has held himself back primarily due to the fear of being judged by ‘Delta’ people.

The former commissioner of Arts and Culture in his home Delta State, made this known in an Instagram post on Saturday.

Mofe-Damijo took to the social media platform to unveil his new look, after he did the deed.

I’ve always wanted to wear an earring for some time now. I personally think they are so cool if you find the right one.

When I was turning 50 I had threatened to wear one but I wasn’t too sure how the people of Delta state would feel about an earring-wearing commissioner.
10 years later I still want to wear it. I will.

I’m in my house if you have a problem you know where to find me.”