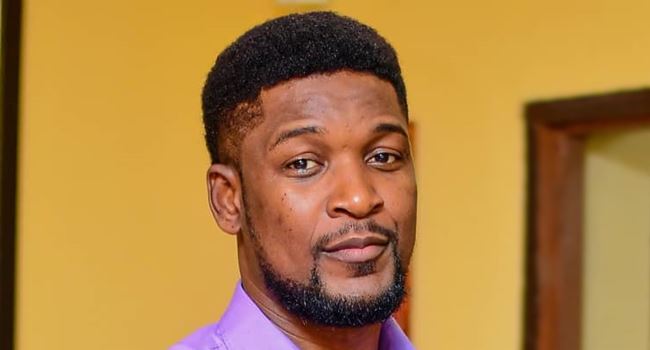 Nollywood actor, Wole Ojo has revealed why he prefers to settle down with a much older woman.

According to the thespian, older women tend to have their head on the ground than their younger counterparts.

The actor stated that though he is currently single, older women are the ideal women for him.

Here is what Wole Ojo stated in a recent interview;

“Oh, totally. They (older women) seem to have their heads more grounded. They are more mature and more disciplined, but this doesn’t mean you don’t have some young people who have their heads on the shoulder perfectly.

When you look at the majority, most times, people that are older just seem to have their heads more grounded,” he said.

In the latter part of the interview, Wole Ojo revealed that he is single and not searching. He stated that he is focused on his career and legacy as an actor.

Continue reading what he stated;

“I do not believe in taking torchlight and searching for a partner, because that is how many people have gotten into trouble and into relationships that are failing.”

He continued; “I believe in living your best life, doing what you have to do, and when the person comes, it’s going to happen naturally.

“But when you set out a target and say, ‘within two weeks or one month, I’m going to have a partner that I will spend the rest of my life with, I think that adds a lot of unnecessary pressure.

“Then you start to consider every person you encounter, and in doing that, you’ll be considering some people that you are not even supposed to be having conversations with, and you put yourself into a messy situation.”

Related Topics:NollywoodWole ojo
Up Next