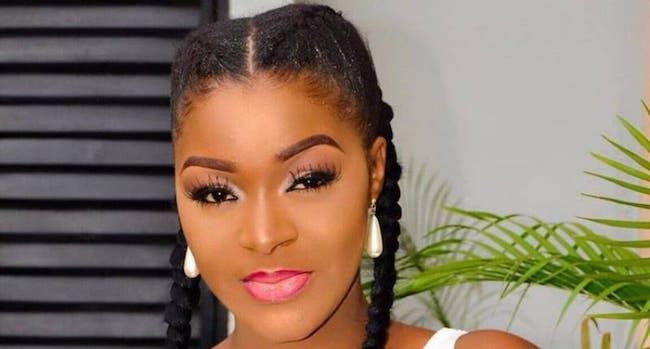 Nollywood actress, Chacha Eke, has thanked friends who reached out and supported her after she was diagnosed with bipolar disorder.

The thespian was diagnosed with bipolar disorder a few months ago.

Chacha Eke appeared in a video last year claiming that her marriage was over.

The video generated reactions with many insinuating a case of domestic violence in her marriage.

After the video went viral, the actress blamed herself, saying she’s been diagnosed with bipolar.

Chacha Eke claimed that regularly have bipolar disorder whenever she was pregnant.

Many of her colleagues and family members rejected the claim and offered to help but the talented actress turned down the offer.

She wrote: “I have received many phone calls, read lots of DMs’, text messages, and emails from many concerned folks these past months. 98 percent of them inquiring that ‘ChaCha, are you okay?’ ‘ChaCha, I hope you’re fine now?’

“ I have been metamorphosing.

“Healing my mind before my body can make it out here.

“Join me to thank my ‘Chi’ who has gloriously renewed my spirit and restored my body.

“I have seen the light; every darkness in my path had disappeared. I am happy to be back.

“I am Okay. I am doing so great, mentally, emotionally, physically, and spiritually.

Related Topics:Chacha Eke
Up Next