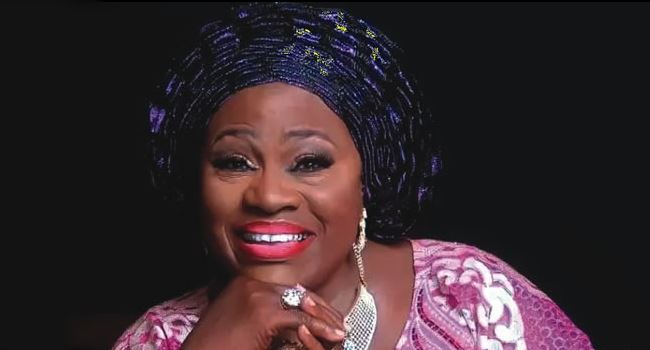 The thespian made the call on Saturday while speaking with journalists in Ibadan, the Oyo state capital shortly after activities to mark her 77th birthday expected to take place in the month of October kicked off.

She appealed to government to support actors and actresses with financial aid in order to “save film industry from going into extinction because of the adverse effects of internet and the social media.

According to Iya Rainbow, the internet and social media has reduced the patronage for home videos which has made many actors, actresses and producers to be in “debts after producing home videos.”

She said, “I want the government to support us, to give us money that we can be making use as loans. It is the marketers that are borrowing us money and we don’t get our money back again. You will see a situation when someone spent two million for a film and he get six hundred thousand naira in return because the film has been on the internet before it is even out for sale.

“I appeal to government to support us to avoid this profession going into extinction. I don’t want it to go into extinction. We are begging the government, we are urging them to look at our side. The marketers are the ones giving us money in the past, but we don’t get what we spend on the films now, that is why we don’t get support again. Before a film is out, it is already in the internet,” she added.