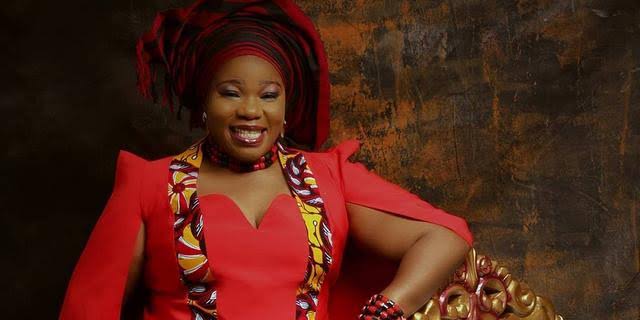 The announcement came as a shock to most of her fans across the world. She was renowned as one of the most hilarious actresses in the Nigerian movie industry.

Also, she is one of the most versatile thespians in Nollywood, aside from appearing as a disciplinarian in her movies, Ada Ameh has appeared in comic roles alongside Osita Iheme and Chinedu Ikedezie, who are better known as Aki and Pawpaw.

To modern fans, she is best known as Emu for her role in the ‘The Johnsons’ television series.

A couple of weeks prior to her unfortunate demise, Ada Ameh spoke about her mental health ailment. In the video, she disclosed that she was depressed and had been unable to execute numerous projects due to what she was going through.

Her demise is coming one year and nine months after she lost her only daughter, Aladi Godgift.

Here are 10 things to know about the late Ada Ameh.

2. Ameh was a native of Idoma, Benue State.

3. Raised in Lagos, the actress underwent primary and secondary school in the state but quit school at the tender age of 14.

4. She got pregnant with her daughter, Aladi, at 14. She revealed in numerous interviews that she was exposed to premarital intercourse at a very young age.

5. Ameh joined Nollywood in 1995 with Zeb Ejiro’s Domitila, where she played the role of Anita.

6. The award-winning actress was most recently known for her major role as Emu in the Africa Magic family series, The Johnsons.

7. The actress featured in other movies, including, “Oloture”, “Our Husband”, “King Of Shitta”, “Ghana Must Go”, “A Million Baby”, “My Village People”, etc.

8. The actress lost her daughter, Aladi, in October 2022, after an unsuccessful surgery in Abuja.

9. Ameh, in June 2022, revealed that she was undergoing mental issues which was “taking my life.”

Related Topics:Ada Ameh
Up Next