Adam And Eve Or Adam And Steve? | Ripples Nigeria 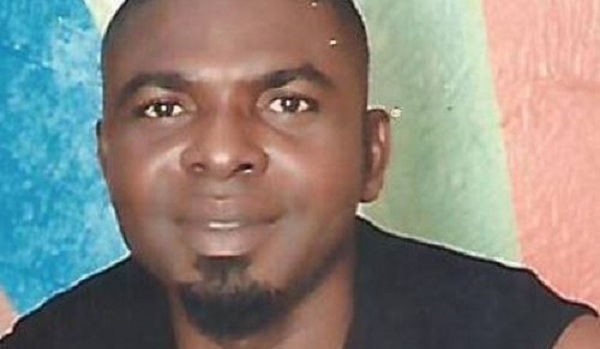 When God created the heaven and earth according to the credible account in Genesis found in the Holy Bible, He had made a man, Adam, in His own image and likeness. Adam was left alone in a vast Garden of Eden where he fended for himself. And when the Supreme Being noticed his loneliness, isolation and frustration He decided to make a woman out of the first man while he slept. Since Lucifer, the evil one, never created anything (but himself a creation of angelic wonder) we tend to believe the biblical account as the veritable truth of all generations.

If God had wanted the natural (biological) order of things to be different or otherwise He would have carved Steve out of Adam instead of Eve from Adam. Then, if that was the case, He would not have exhorted mankind to multiply and dominate the earth. Questioning the conjugal natural order of things could be an affront to the wisdom of the Immortal One, science or no science.

Barely a month at the White House President Joe Biden has been going about the business of governance with utmost responsibility and patriotism in sharp contrast to his combustible predecessor, Donald Trump, who did everything possible to diminish America as a superpower. President Biden has professionally undertaken to undo the enormous damage done to the American democracy by a crazy randy billionaire who should not have been found anywhere near the Oval Office.

Presidential edict after decree the POTUS has sought to right the perceived wrongs inflicted on Uncle Sam by a delusional erratic big man corrupted by money. From Paris climate change global accord to immigration to Obamacare President Biden is sounding and acting like a responsible President of the free world out to reposition the US for its strategic global role — now and in the future.

Trump was a scumbag and he suffered two impeachments for his mediocrity. The most controversial President ever in the American political and democratic history had, prior to the 2020 presidential poll, been referring derogatively to Biden as the ‘sleepy Joe’. Now that the ‘sleepy Joe’ has awoken from his slumber as it were trouncing and electorally sacking Trump from the White House one wonders how Trump would see Biden now.

However, while some of his presidential actions had tended to draw applause and acclaim the world over President Biden’s recent decision to sanction countries who refuse to accommodate the Lesbian, Gay, Bisexual, Transgender, and Queer and Intersex (LGBTQI) people had drawn a lot of flak around the world. He read out the riot act via a presidential memorandum issued on Tuesday, February 9.

The controversial memo directed US agencies working in foreign countries to work harder to combat the criminalisation by foreign governments of LGBTQI status or conduct and direct the State Department to include anti-LGBTQI violence, discrimination and laws in its annual human rights report.

It also instructed agencies to consider appropriate responses, including the full range of diplomatic tools and potentially financial sanctions and visa restrictions, when and where foreign governments restricted the rights of LGBTQI people.

On January 7, 2014, former President Goodluck Jonathan had dutifully signed the Same-Sex Marriage (Prohibition) Bill (SSMPA) into law making homosexuality a crime in Nigeria during his giddy presidency. The bill contained penalties of up to 14 years in prison and banned gay marriage, same-sex ‘amorous relationships’ and membership of gay rights groups. It equally prescribed ten years imprisonment for any person or group who registered, operated or participated in gay clubs, societies and organisations or directly or indirectly made public show of same-sex amorous relationship in Nigeria.

But the law is respected more on the breach. In Nigeria gays freely practise their sexual ‘faith’ unmolested (unlike some homophobic countries like Uganda, Kenya and Zimbabwe). And they are increasing by the day. In the northern parts of the country it is called ‘yan-daudu’ and they are in their thousands if not millions. They do not need a Biden to force President Buhari to undo that law giving them the leeway to assault our sensibilities.

While doing my higher education in Benin city I had visited the north (Jos, Kano, Kaduna) during the annual long vacations. On one of such trips I had encountered a gay, a young ‘aboki’ in Kano. If not for my disciplined upbringing I would have succumbed to the temptations and intimate entreaties of Musa for me to embrace his sexual orientation.

He had enticed me with money (himself a son of a rich Alhaji) and promise of a trip to Saudi Arabia! In one memorable encounter Musa was so frustrated with my adamant refusal to play ‘ball’ that he tried to ‘rape’ me! I had to storm out of the meeting threatening to expose him.

Recently in Nigeria the son of the former presidential spokesman, Bolu Okupe, had declared his gay status drawing wild reactions across the African continent. His father, Doyin Okupe, had reacted to the declaration by saying that his son was perhaps suffering from a spiritual problem as he was given a sound education.

But Bolu had fired back at his critics decrying the hypocrisy in the land. He had angrily declared that homosexuals and lesbians abounded in every strata of the Nigerian society including the government agencies and parastatals. He said those afraid to declare their status would die ignorant!

When former President Obama visited Senegal in West Africa during his eventful presidency he had laboured hard to convince the Senegalese President, Macky Sall, to tolerate homosexuality in his largely conservative muslim country. But President Sall had fired back antagonistically at such idea scoffing at same and making it clear that his country would not de-penalise homosexuality as it ran counter to the African sacred tradition.

The Senegalese ebulient President defiantly told ex-President Obama to his face to forget the ‘homo’ idea saying that if granting gay rights to his people would be tied to the aid grants Uncle Sam was giving to Africans then let the money stop flowing!

President Biden (much like his former boss, ex-President Barack Obama) has given an early impression, wittingly or unwittingly, of being a gay-friendly President out to protect their rights across the globe. But there is a problem here. In seeking to project the rights of gays or lesbians among us the new US President must consider the cultural and traditional implications inherent in his hasty partisan decision.

While we are not totally against gays and lesbians doing their ‘thing’ the sexual orientation itself is not only odd but strange to the average African traditionalman. We dare say, however, that homosexuality and lesbianism are sources of affront to the African cultural heritage hence the difficulty to convince many a society African to toe the line.

President Biden ought to know better rather than brandishing sanctions or threat of same. Sanctions or no sanctions it would be very hard to make many Africans see from the same ‘all-is-fair’ prism Biden is viewing homosexuality.

We can only take President Biden seriously if he considers taking a ‘Steve’ as the second wife sooner or later. That way we would be convinced that he is doing what he is preaching. Otherwise, an elaborate political hypocrisy is at play here.

Related Topics:Adam And Eve
Up Next

South-east, south-west and north will be biggest losers if Nigeria breaks up