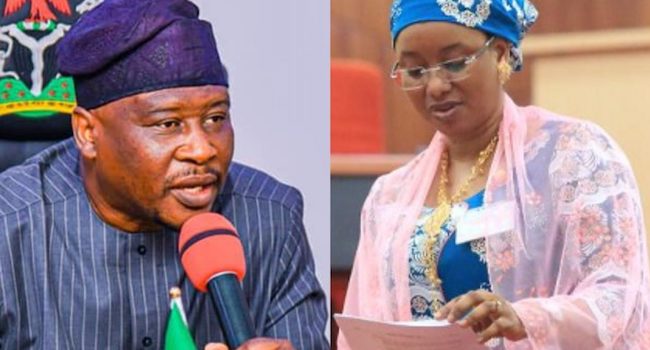 The Adamawa State government and the All Progressives Congress (APC) governorship candidate in the state, Aisha Ahmed popularly called Binani disagreed on Sunday over the use of Mahmud Ribadu Square for the party’s campaign rallies.

The government had in a statement issued by the Chief of Staff to the governor, Prof. Maxwell Gidado (SAN), denied turning down the APC’s request to use the Ribadu Square for its campaign activities.

The statement read: “The state APC PPC wrote to us and said the president is coming on Monday, January 9.

“They said they can’t see the president, coming on January 9 and returning back on January 18, so the campaign is likely going to be a joint event and we gave them the venue. Now, the story is that Binani, the APC governorship candidate, is still insisting, she’s not going to allow the president to go into Ribadu Square.

“But would go ahead to hold the APC rally at an alternate location. But we want to extricate ourselves, and let the whole world know that we gave them approval. So, if she wants to play politics, by refusing the use of Ribadu Square, it is left to the APC.”

There were claims that Binani was denied access to the state government-owned facility for the launch of her governorship campaign on Monday.

But in a statement issued by the governor’s press secretary, Humwashi Wonosikou, the government said the APC candidate was not denied access to the facility.

The government added that Ribadu Square was approved for the APC national campaign team to hold its presidential rally on January 18 while Binani was asked to pick a new date because the venue would not be open to the public once repair works begin on January 7.

But the APC candidate told the party that she wanted the rally to take place at a different venue she had arranged along Airport Road in Damilu.