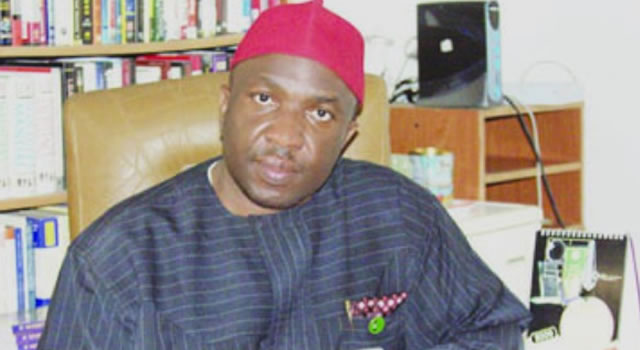 The African Democratic Congress (ADC) has appreciated 118 serving lawmakers at the federal and state levels with automatic tickets for the 2019 general elections for defecting to the party.

The party enjoys the backing and confidence of former President Olusegun Obasanjo.

The decision of the party was announced by its National Chairman Chief Ralphs Nwosu at its 61st National Executive Committee meeting, in Abuja on Thursday.

A statement signed by the National Publicity Secretary of the ADC, Mrs Yemi Kolapo, quoted the national chairman as saying the decision was necessary to encourage the defectors.

Read also: The facts show that Buhari is a success that’s why our critics can only peddle fake news— Lai

According to Chief Nwosu, the lawmakers, who recently defected to the party from the ruling All Progressives Congress and other parties, were rewarded for coming out boldly to identify with the “fastest growing party” in Nigeria at a crucial time in the history of the country’s democracy.

According to records, 95 of the defecting legislators are serving states House of Assembly members, 18 are members of the House of Representatives, while five are senators.

Nwosu said: “We need to honour and appreciate them because they abandoned the ruling and bigger parties for a party that is just gathering momentum.

“The development can be attributed to the fact that the lawmakers and Nigerians at large have agreed that an end must come to anarchy, insecurity, lack of focus and terrorism in Nigeria.

“And the best platform, right now, is the ADC. They are from Adamawa, Ondo, Osun, Imo, Ebonyi, Ogun and Oyo states, among others.”

The party, which said youths under the age of 40, are expected to pay 50% of the cost for Expression of Interest and Nomination forms, has also disclosed that the fees are optional for women and the physically-challenged aspirants.

Speaking on preparations for 2019 elections, the chairman said that the primaries for aspirants contesting for the House of Assembly elections would hold on September 29, 2018, while governorship primaries would hold on October 2, 2018.

Also, National Assembly primaries are scheduled to hold on October 4, 2018, and presidential, October 6, 2018.

“Aspirants have been coming to obtain forms for the presidential primaries. We will unveil our aspirants very soon,” Nwosu said.