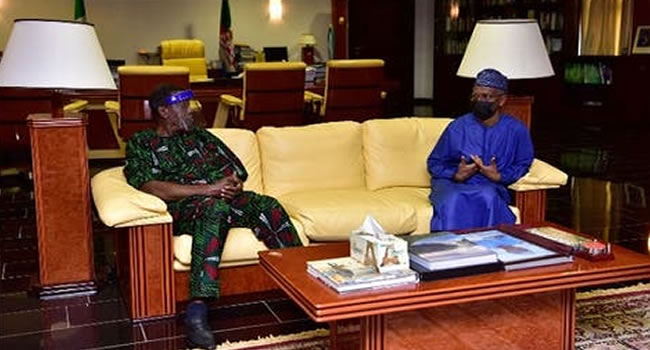 The meeting was held at the Sir Kashim Ibrahim Government House in Kaduna.

Adeboye made the trip days after eight kidnapped RCCG adherents from Kaduna Province 1, were freed.

The Region 30, Trinity Sanctuary members were abducted on March 26 along Kachia-Kafanchan road while travelling in a church bus.

The meeting also came in the wake of comments made by El-Rufai stating that bandits have lost their rights to life under the constitution and must be wiped out.

He said this during a town hall meeting on national security organised by the Ministry of Information and Culture held in Kaduna.

He challenged security operatives to take the fight to the bandits in their hideouts.

This, he said, is the preferred option to end banditry in the country.

He said taking the battle to the bandits “will not only cripple the outlaws but will also reassure ordinary citizens, bolster the morale of the security agencies and provide an alternative focus for the energies that are being dissipated on fractious endeavours.

“These bandits have lost their right to life under our constitution and must be wiped out in their entirety. There is no other way to approach the current insurgency situation today as far as governmental action is concerned.

“Our security forces must collaborate to take the war to the bandits and terrorists, recover and restore the forest to enable our law-abiding citizens to engage in legitimate farming and livestock production.”

Related Topics:#featuredAdeboyeEl-RufaiRCCG members
Up Next