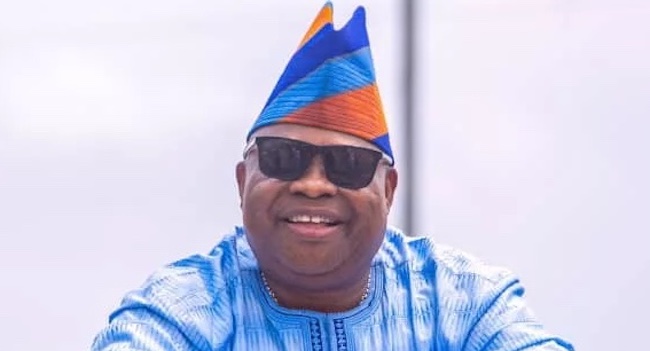 The Governor of Osun State, Ademola Adeleke, and the state chapter of the All Progressives Congress (APC), have been trading blames over the growing insecurity and violence that has engulfed the state in the past few weeks.

“Governor Adeleke scored zero in the statutory duty of the protection of lives and property of the people irrespective of their political leanings since he came on board,” the APC said.

“It is disturbing and worrisome that information abounds that the Ede country home of the Adelekes has become a haven for the political thugs who have been operating unhindered across the state.

“The Governor must understand that his use of thugs to oppress, suppress and subjugate the opposition would be counter-productive as history has shown that it is the same thugs that would sooner than later consume their paymaster.”

But in a swift reaction, Media Assistant to the Adeleke, Oladele Bamiji, blasted the APC over the allegations, saying its administration nurtured political thugs and gave them state backing.

“The state government is not unaware of the enormity of potential security challenge posed by remnants of armed groups instituted and nurtured by the past administration in the state, especially towards the July 16, 2022, governorship election, which encouraged arms proliferation across the state.

“These armed groups, who began and got emboldened with their formal recognition by the past APC administration as “State Boys” and got polarized in the course of frictions within the defeated government and the party.

“They are a mere offshoot of that reckless government which the present administration is already collaborating with security operatives to get them disarmed and demobilised from such act within the ambit of the law and for the good of all and sundry,” Bamiji said.