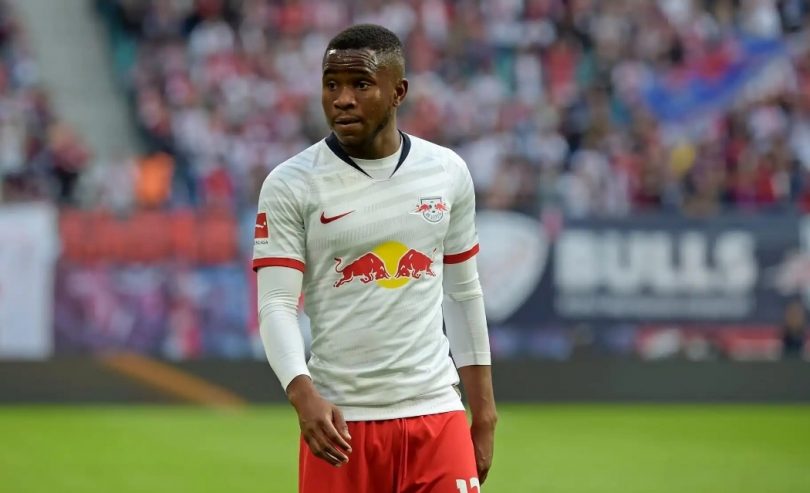 UK-born footballer, Ademola Lookman has opted to play for the Super Eagles of Nigeria rather than the Three Lions of England.

The 22-year-old, who was a member of the England U-20 squad that won the youth World Cup in 2017, wants to switch nationalities to represent the country of his parents.

The winger has failed to make an impression since joining RB Leipzig from Everton and the German Bundesliga side are cureently open to offers.

But a top official of the Super Eagles has welcomed his decision to play for Nigeria, and he is now awaiting approval from world governing body the FIFA.

“Lookman has applied for the switch and all the documents are in order,” Nigeria’s technical assistant Tunde Adelakun told Opera News.

“It’s a positive step forward when made his commitment to Nigeria and we are just waiting for a Fifa clearance.

“Once the go-ahead is sorted, it will be up to coach Gernot Rohr to decide if his club performance would earn him a call up.”

Lookman scored 12 goals in 49 games for Charlton before joining Everton in January 2017 and leaving for Leipzig last year.