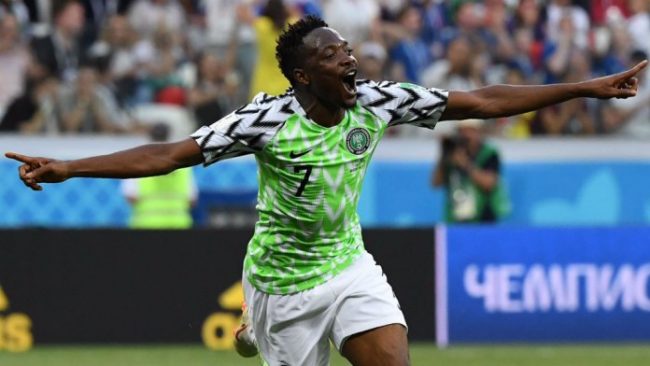 Nigeria’s Super Eagles will take on the Crocodiles of Lesotho in a 2021 Africa Cup of Nations (AFCON) qualifying match at Maseru today (Sunday).

The Eagles began their qualifying campaign with a 2-1 victory over the Squirrels of Benin Republic and are aiming for yet another victory to maintain their top spot in Group L.

The Benin clash at the Akwa Ibom International Stadium in Uyo last Wednesday, saw Victor Osimhen and Samuel Kalu score as Nigeria came from a goal down to secure the win.

Speaking ahead of Sunday’s game, team captain, Ahmed Musa said his side will go all out to ensure a win as he does not consider Lesotho as an opposition to be taken for granted.

“Our target is to make it to Cameroon and it is a good thing that we started well with a win against Benin,” the Al-Nassr of Saudi Arabia star told reporters before the team’s departure for Maseru.

“Lesotho are not one of the biggest names in world football, but we won’t take them for granted. They will enjoy the support of their home fans and be pumped up to beat us.

“We have what it takes to beat them and will go all out to maintain top position in the group.”

The match in Maseru is billed to kick off by 5:00p.m (Nigeria time) at the Setsoto Stadium.