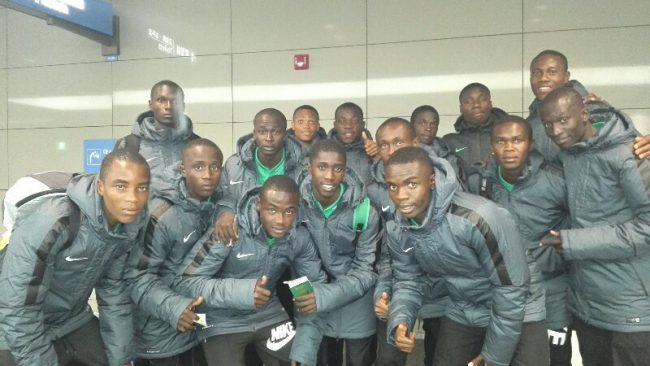 Nigeria U-17 men’s football team, the Golden Eaglets, kept hopes alive of qualifying for the 2019 Africa Cup of Nations after thrashing Ivory Coast 5-1 on Thursday.

It was their second Group B game at the regional (WAFU) qualifying tournament in Niger, having lost 3-2 to Burkina Faso in the first game on Monday.

The Nigerian men were 2-0 up in 10 minutes against their Ivorien counterparts.

They scored two more goals before halftime and completed it five in the second half, before Ivory Coast pulled one back later in the game from the spot.

Burkina Faso will take on Ivory Coast in the group’s final game on Sunday.

Meanwhile, in Group A, Niger have drawn their games against Togo and Ghana, as both sides will clash in the group’s final game on Saturday to determine the teams that will advance.

The two top teams from each group will advance to the semifinal, while the winner of the tournament will represent the region at AFCON.