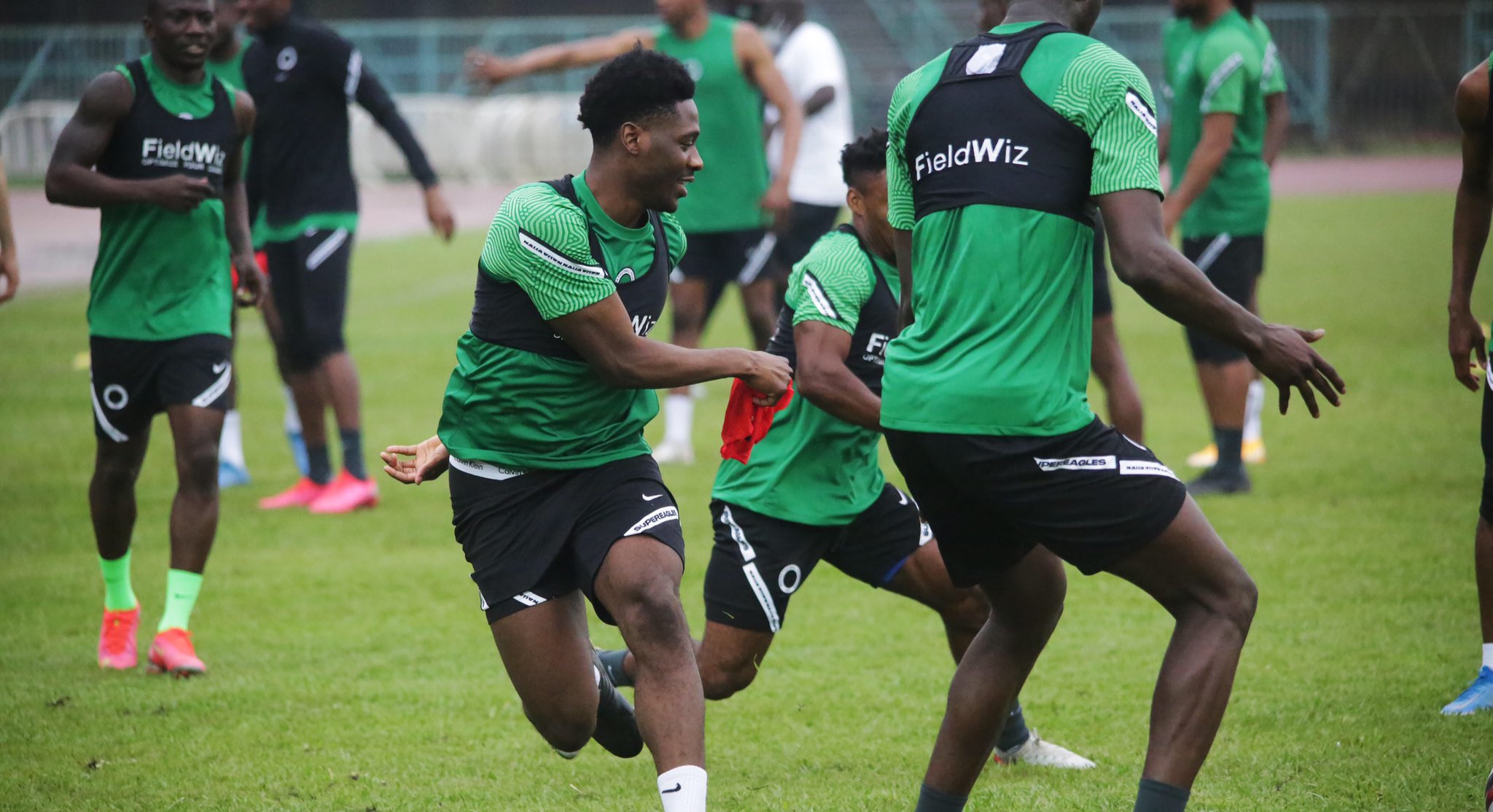 Kelechi Iheanacho has arrived at the Eko Hotel and Suites camp of the Super Eagles ahead of their international outings this month.

Iheanacho, who bagged a brace for Leicester City on Sunday to knock Manchester United out of the FA Cup, had delayed due to some mix-up in his travel plans.

The 24-year-old finally arrived on Wednesday morning to join the rest of the 24-man squad of the Eagles as they continue preparations for the games.

The Gernot Rohr men will be taking on the Squirrels of Benin Republic on Saturday in a matchday five encounter of the Africa Cup of Nations (AFCON) qualifiers.

The team will be traveling to Cotonou on Friday, before linking up to the country’s capital – Porto-Novo, where the game will be played at the weekend.

Nigeria will also face the Crocodiles of Lesotho on 30 March – three days after the Benin clash – at the Teslim Balogun Stadium in Lagos for the final game of the qualifiers.

The Super Eagles are currently top of the Group L with eight points, needing just one point from the two matches left to secure their qualification for the Cameroon tournament billed for next year.