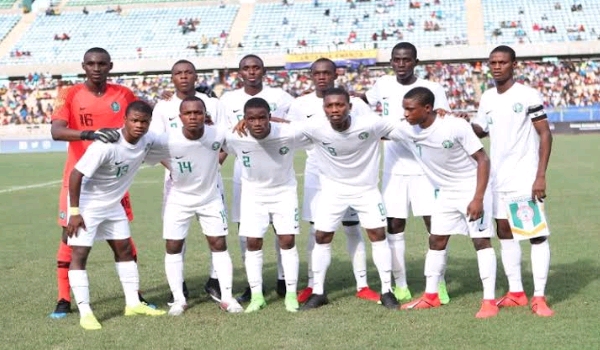 The Golden Eaglets held their Uganda counterparts to a 1-1 draw in the final group game in the ongoing U-17 Cup of Nations taking place in Tanzania.

The Ugandan’s took the lead through Alou John in the 69th minute of the game after both teams failed to find the back of the net in the first half.

However, it did not take the Eaglets long to strike back with an equaliser four minutes later when Ibraheem Jabaar finished off a move by started by his teammate Samson Tijani.

The draw saw the Eaglets finish top of Group A and will face the runners-up in Group B, while Angola finished second behind Nigeria courtesy of their 4-2 win over host Tanzania and will face the winners of Group B in the semi-finals.