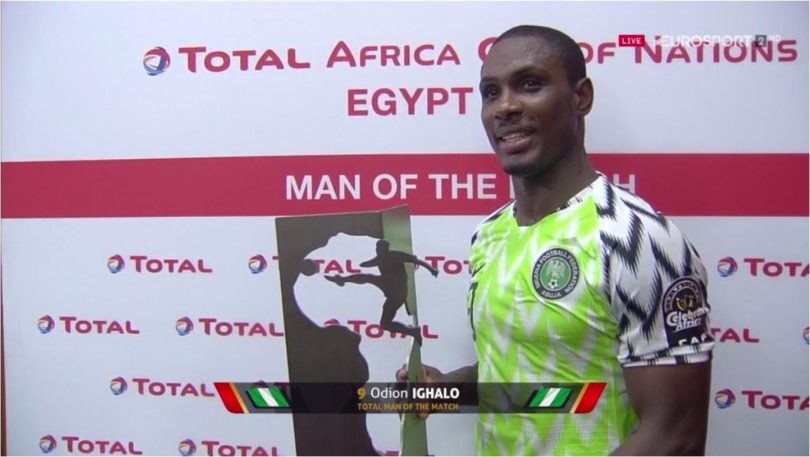 The Super Eagles of Nigeria emerged 3-2 winners over the Indomitable Lions of Cameroon in a thrilling Africa Cup of Nations (AFCON) second round encounter over the weekend.

The Eagles breezed their way into the quarter-finals despite many scares. It was a match full of expectations as two of arguably Africa’s finest teams battled each other on the field of play.

Nigeria produced an interesting finish to the frenetic encounter scoring twice after the intermission to seal the win.

Asides the five (5) goals scored in the thriller, together with the quality of football seen from the two sides, here are the three major talking points from the encounter:

The Super Eagles seemed to have gained an upper hand against Cameroon
in recent times as they proved their worth in Saturday’s win.

Despite losing to debutants Madagascar who are placed 63 positions behind Nigeria in their previous game, it was mission accomplished as Odion Ighalo and Alex Iwobi found the net to lift the Eagles past their opponent.

This was even the case in the World Cup qualifier for the Russia 2018 World Cup as Nigeria beat the Cameroonian side 4-0 at home (Uyo) and then drawing 1-1 in the reverse fixture in Yaoundé, Cameroon.

The recent series of results gives the Super Eagles a further edge going into future meetings with the indomitable lions.

Read Also: Nigeria Vs Cameroon: 3 things to expect from the AFCON knockout clash

The Nigerian manager was a subject of intense criticism along with defender Leon Balogun following the rather dismal showing against lowly rated Madagascar.

But with the win against Cameroon, the Franco-German gaffer may have swung the pendulum in his favour with the fans. Nigerians were happy with the win, much more with Gernot Rohr, as goals were rolling in for the Super Eagles.

Some sect of fans have relatively critiqued his starting eleven, but Rohr’s introduction of Samuel Chukwueze and Henry Onyekuru in the second
half could mean the voice of the fans did not fallen on deaf ears.

This may have earned Rohr greater fans support, at least ahead of the next game against Bafana Bafana of South Africa.

With the defending Champions Cameroon now out of the tournament, it means that a new winner will emerge.

With Cameroon beaten and dethroned it paves the way for another side to clinch the much coveted (AFCON) trophy.

As Egypt and Morocco are also out of contention following the loss to South Africa and the Benin Republic respectively, what are Nigeria’s chances going further in Egypt?

Can Nigeria capitalize on this to win the AFCON?

These are big questions which can only be answered by Gernot Rohr and the Super Eagles on the field of play.