Home » Sports » AFCON: It’s not yet over for Guinea, we’ll fight till the end – Keita 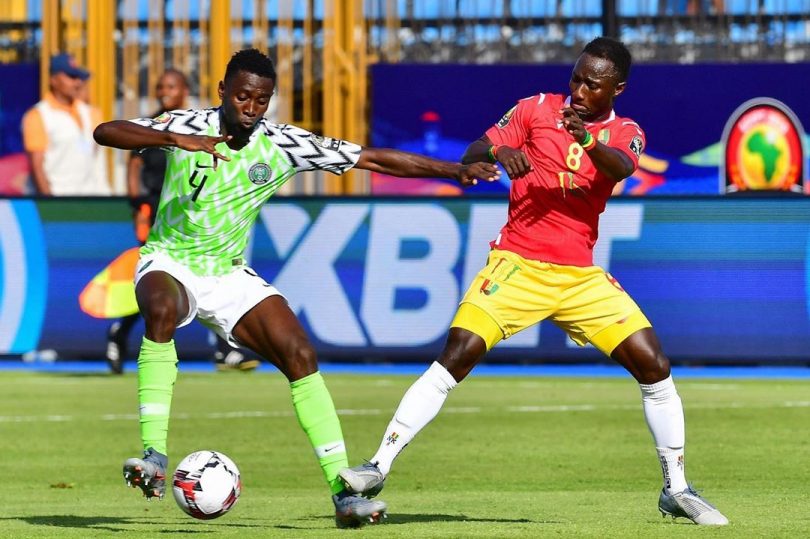 After falling to defeat in their second game at the Africa Cup of Nations (AFCON), Guinea midfielder, Naby Keita says his side are not giving up.

The Liverpool star made his first start at the ongoing competition in Egypt against the Super Eagles, but was substituted after 71 minutes.

Two minutes after he left the field, a corner was taken by Moses Simon and a resulting header by Kenneth Omeruo sealed a 1-0 victory for Nigeria.

Having drawn their opening game 2-2 against newbies Madagascar, Guinea are now looking to revive their hopes of advancing by winning their final group B game against Burundi.

Speaking after the defeat, Keita told reporters: “It wasn’t our day today (Wednesday) but we did all we could and played to our level best.

“We have to keep our heads high and move to the next match with an aim to win. It is not yet over and we will fight till the end,” he added.

Guinea must defeat Burundi in their final group clash at the All Salam Stadium Cairo on Sunday to stand a chance of reaching the knockout phase.

Nigeria, who already qualified for the round of 16, will also take on Madagascar at the Alexandria Stadium as they seek to win the group.

The two games will be played simultaneous on Sunday, June 30 from 5:00pm Nigerian time.